John Cena Vs The Rock At Wrestlemania 2013

Well After the match between John Cena and CM Punk ( on 2-25-13) on Monday Night Raw, it Looks like it’s going to be John Cena Vs Dwayne “The Rock” Johnson at this year’s Wrestlemania ( April 7, 2013 ) in New Jersey. Last year’s Wrestlemania headliner was the same two wrestlers, but this time around The Rock is the WWE Champion so the fight is much more than bragging rights. The Rock recently won the WWE title from the former champ CM Punk  (that had a  434 title Reign ) during their match at the elimination chamber PPV. 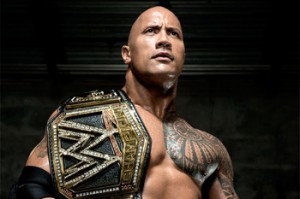 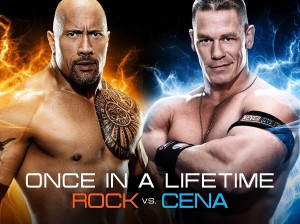