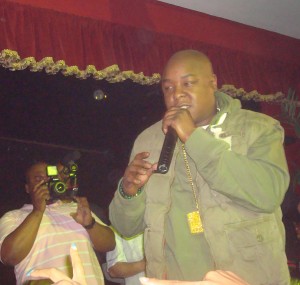 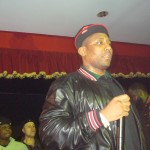 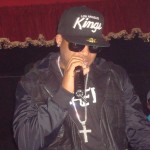 Club Ole in Elizabeth, NJ was the spot to be April 9th for real hip hop fans, as Jadakiss, Maino, and Red Cafe put on a legendary show for the people in attendance.

The building was packed early. Jadakiss was the first one to perform, and had the building going crazy when he brought out his legendary partner-in-rhyme Styles P. They performed classic joints from the Lox albums, as well as numerous hits from Jada himself. Kiss and Styles definitely stole the show, The GoodFellaz TV staff in attendance unanimously agree that it was one of the best performances we had seen in a while.

Maino came out next and kept the energy going. He went through his stash of hits, and had the ladies going crazy when he took off his shirt. Red Cafe perfomed last, and got into several of his hits, as well as new material from his new street album “Above The Clouds.”

Altogether it was a dope night of hip hop for real music fans, and even better it was peaceful and no violent. Shoutout to Murda Mami Ent for making everything happen, check out footage from the concert below.