Recently Jadakiss put on a surprise performance at the Apple Store in Soho, NYC, and of course GoodFellaz TV was in the building. The special concert event was in celebration of the release of Jadakiss New “I Love You” Mixtape which is in stores and available for download on iTunes.

In front of a packed crowd of devoted D-Block fans, Jadakiss performed several tracks off the new mixtape, and brought out his long-time partner-in-rhyme Styles P, as well as Bronx MC Fred the Godson, both of whom we’re also featured on the project.

Check out the concert below on GoodFellaz TV, Jadakiss “I Love You” Mixtape IN STORES NOW !! 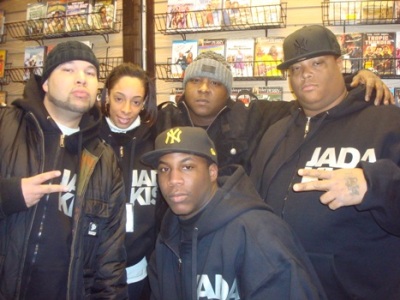