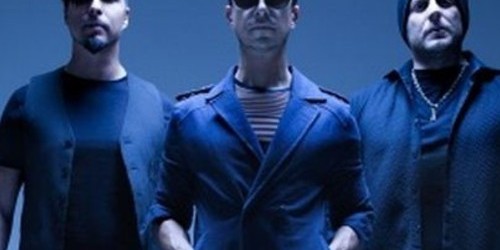 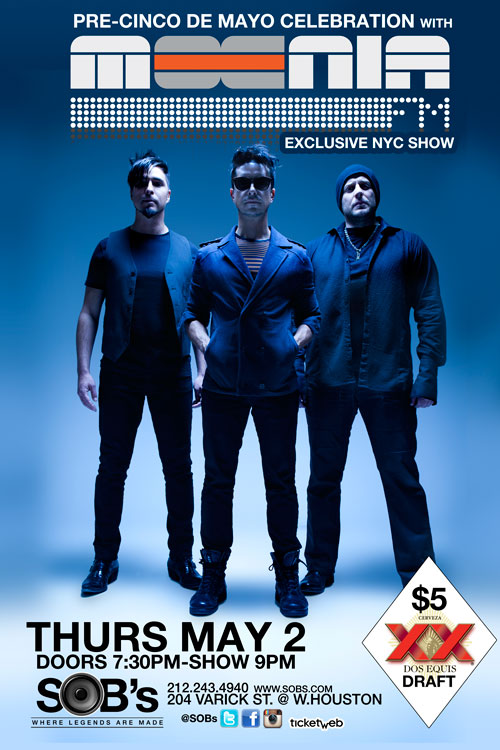 Moenia is often compared to New Order, Erasure, OMD, The Cure, Depeche Mode and Garbage. Popular within the Latin club scene while simultaneously pioneering a darker, more experimental, more poetic side of Spanish-language electronica, Mœnia has had three top-20 hits. Along with Aleks Syntek, Mœnia is often considered one of the first successful experimental Mexican music composers and performers, finding commercial viability in a market normally dominated by Latin balladcrooners, teenage vocal groups and musical styles with more mass appeal like cumbia and ranchera. Mœnia is also popular in other parts of Latin America, including the argentinian and chilean music markets, where they have also charted. Some of their most recognized singles include “Estabas Ahí,” “No Dices Más” and “Manto Estelar“. [Wikipedia] JMN Says: Latinos Stand up, this one is for ya’ll! JMN has your back, and tickets are ALSO available at SOBS.com!

FOR ALL OF THESE SHOWS, LISTEN TO YOUR LOCAL COLLEGERADIO STATIONS, AND FOLLOW JMNLive on Twitter or DynastySR77 to win tickets! YOU CAN ALWAYS BUY AT WWW.SOBS.COM!