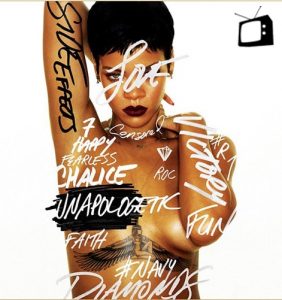 Rihanna is back on the charts, with a New Album on the way! Check out the Album Cover for her upcoming New Album “Unapologetic”, due to hit stores Nov. 19th on Def Jam Records. Her newest single “Diamond” debuted on the Billboard Hot 100 Charts at #16. Her latest single  moved an impressive 133,000-plus downloads in it’s first week, snatching the #7 Spot for most Digital Downloads as well.

If the song reaches #1 on the charts, it would become her 12th #1 Record of her career. making RiRi the youngest solo artist to accomplish this feat EVER!