admin December 18, 2012 Comments Off on The Dream Drops Track-List For New Album “The Love IV” On Instagram 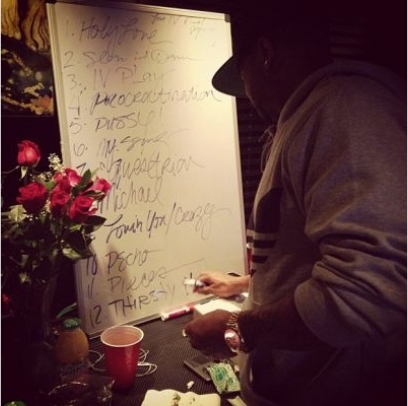 The R&B Killa is back !!! The Dream has been hard at work in the studio lately working on his next album, and dropped a sneak peek of what’s in store for us in 2013 via his Instagram. He recently posted a couple of pics of a partial track-list for his upcoming New Album “The Love IV”, due to drop next year, through the popular photo-based social network. With song-titles including “Pussy”, “Psycho” and “Thirsty Whore”, this looks to be quite an interesting new project.

Mr. Terius Nash has also been in studio lately working with Beyonce on her upcoming new album, and recently re-released his critically acclaimed “1977” project. Check out his Instagram pics below, as well as some classic performance footage, courtesy of the good folks at GoodFellaz TV. 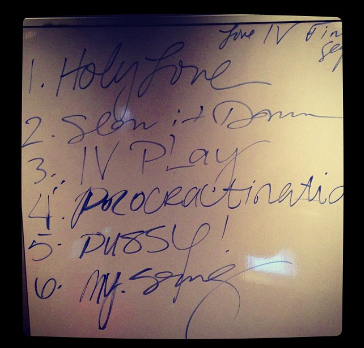