Guess who got the Answers Sway??

A week after Kanye broke the news that he was leaving Nike in favor of Adidas, reps from Adidas Brand have officially confirmed the new partnership. The popular sneaker brand released an official statement regarding the new venture, stating:.

For 2014, we welcome to the adidas family one of the most influential cultural icons of this generation, Kanye West. Well known for breaking boundaries across music, film and design and partnering with our history in street wear culture and leading innovations in sport, we look forward to creating a new chapter. Details to follow.

Yeezy is looking to bring his talents and fashion-sense  to the company, after parting ways with long-time collaborators at Nike over creative differences. Stay tuned to GoodFellaz TV for the first looks at all his upcoming projects. And check out video footage from ‘Ye’s recent interview with popular personality Sway below, where Kanye flips-out and utters his now-infamous catch-phrase “You Ain’t Got The Answers”, courtesy of the good folks at #GFTV. 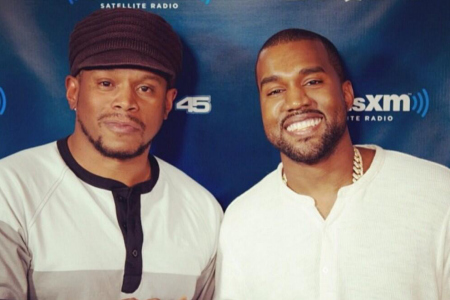 Kanye West Flips Out On Sway During Interview, Listen On GoodFellaz TV

What is ‘Yeezus’ name is going on with Kanye West?

Recently Kanye went off on reporter (and personal friend) Sway Calloway during an interview on his popular “Sway In The Morning” SiriusXM radio show. Yelling and throwing subliminal ‘jabs’ at Sway, Mr. West was initially responding to the host’s question about his attempts to break into the fashion-world before things started to get out of hand.

During the interview, Sway attempted to give Yeezy a few suggestions regarding his fashion endevors, causing Kanye to counter with:

How, Sway? You ain’t got the answers, man!

Check out the entire interview below to hear what went down, as Sway & ‘Ye discuss, his music, fashion, Nike, Kim Kardashian and more on GoodFellaz TV.

Check out the GoodFellaz TV “New Video of the Week” from Kanye West “Bound 2”. Kanye debuted the new video first on the “Ellen Degeneres” Show; it is the next single off Kanye’s latest album “Yeezus”, and features none other than his fiance and baby-mother Kim Kardashian. During the course of the video, the super-sexy Kim K, who apparently has gotten back into shape since giving birth, appears on a motorcycle topless making out with ‘Ye during their scenes together. Watch the new video below, courtesy of the good folks at #GFTV. What do you guys think? Feelin’ it?