A diverse group of entrepreneurs and hustlaz hailing from throughout the Tri-State, we have been bringing the best, most authentic entertainment to the world for over 10 years. The GoodFellaz TV staff is dedicated to bringing the people the latest Music & Pop Culture News, the most entertaining Videos, the realest Interviews, and the best content possible. Sometimes we are in the Office with your favorite celebrity. Sometimes we’re Backstage with your favorite artist. Sometime we are On-stage with them. Sometimes WE are the one on-stage Performing. It just depends on the day. We are Goodfellaz TV, INDUSTRY and In The STREETS !! 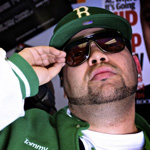 Tommy Gunz, is the co-founder and editor of GoodFellaz TV. The New Jersey native, who is also the CEO of Kingpin, INC, has working in the Radio & Music Industry for over 7 years. A graduate of Kean University, where he studied business management and marketing, Tommy Gunz is the epitome of the next generation of young entrepreneurs. He was a founding member of GoodFellaz Radio, NJ’s # 1 Radio Show, and later made the transition to the corporate side of the game, working with many of the biggest record labels in hip hop.  Businessman. Record Exec. DJ. Hip Hop Enthusiast. Tommy Gunz & the entire GoodFellaz TV staff are dedicated to bringing the people the latest news, the realest interviews, and the best content possible. 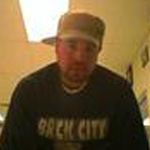 Sha marches to the beat of his own drum.  Hailing from Newark, New Jersey, he creates a brand all his own for everything he does.  A veteran Goodfella since the college days, he was a founding member of the Goodfellaz & Kingpin, INC brands.  His music, videos, editorials, and especially his personality have their own eccentricity that you’ll know it’s him from far. Sha is a devout Israelite, independent artist, video editor, studio engineer, etc.  He works with a huge variety of artists, mostly in the Newark/Irvington area. 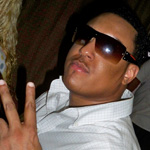 A founding member of the Goodfellaz crew since the middle-school days, J-Dollaz may be the funniest man on radio. A Kean University graduate, J-Dollaz has a unique sense of humor that is guaranteed to have the whole room laughing. A video game junkie and sports fanatic, J-Dollaz has been bringing the struggles, misadventures, trials & tribulations of being a non-threatening light-skinned dude to the airwaves of Goodfellaz Radio for over 7 years. 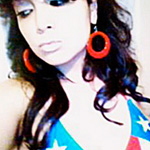 Kesha, better known as the Puerto Rican Barbie, is the newest addition to the GoodFellaz team.  A senior at William Paterson University, she is pursuing a double major in business marketing and management and a minor in music management. Due to her involvement with the GoodFellaz crew, Kesha has acquired a different taste for the industry and clearly sees the multitude of opportunities it has to offer.  Her natural talent is something hard to miss as she ambitiously co-hosts GoodFellaz Radio, interviews artists for GoodFellaz TV, and blogs about everything from music and fashion to celebrity gossip.  In addition to her contribution to the GoodFellaz empire, she also holds the title as New Jersey’s Def Jam College Representative. Our barbie is 100% Puerto Roc and a true Jersey Girl at heart. With a touch of sassiness and a ton of class, she brings the “independent female” element to this team. Through her continued education, and her exposure to the business, Kesha’s versatility in the industry makes her a key player on the GoodFellaz squad. She is the woman to watch. 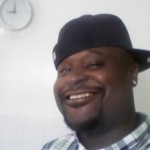 Ahdayar Johnson aka Big A Is from C-Park NJ and currently resides in Newark NJ. Big A is the youngest of 6 siblings, and is possessed of a witty personality, class charm and a smile that can warm the hearts of most. Big A has degrees in Graphic Communication & Technology and Media & Films from Kean University. One of the hosts of GoodFellaz Radio, the Kean Univ. cult favorite and  # 1 Radio Show in NJ, Big A brought (and continues to bring) the realest radio to listeners alongside Tommy Gunz , Lady Kingpin, Sha Murda & J Dollaz. Big A is also a part of the world renowned Fleet DJ’s crew and has hosted several mixtapes. A technology nerd as well as a sports fanatic, Big A is always up for conversation with just about anyone.

MORE INFO ON BIG A 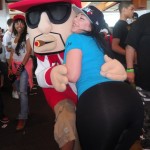 Little is known about Lil Gunz. He is alleged to be a billionaire, playboy, genius, philantropist pimp who loves hot chicks. Rumor has it that he actually created facebook himself back in the day, but ended up selling it to Mark Zuckerberg for a bottle of Henny, a box of condoms, and a happy meal. Legend has it that he lost a card game to Tommy Gunz, and as a result was forced into Mascot-slavery for the next 97 years. You can check out the adventures of Lil Gunz on GoodFellaz TV as he takes over the world, one hot chick at a time. 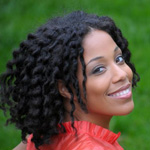 Miss Mekalia is an attorney and a television /radio personality. While others can claim athletic ability or a beautiful singing voice, her God-given talent is the gift of gab. Mekalia’s unique perspective comes from her educational background, extensive travel, a keen interest in domestic and international events, and her life experience.

Miss Mekalia was born in Jamaica, West Indies and immigrated to the United States at an early age. She was raised in Newark, New Jersey and attended an elite private boarding high school. She has traveled to more than 15 countries in the Americas, Caribbean, Europe and Africa and briefly lived in South Africa.  Although she has strong opinions and she is a fierce debater, she does have an open mind and a well-reasoned argument can impact or change her perspective. 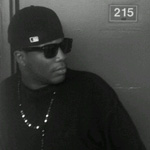 Young Ty is the Hip Hop Editor of Goodfellaz TV. The Brooklyn, NY native, has been working in the Music Industry for over 5 years and quickly established a spot in Kingpin Promotions under the guidance of Tommy Gunz. A graduate of Queensborough Community College where he studied Audio Recording and Technology, Young Ty really lives the term from a Jay-Z song “From Marcy, to Hollywood”. Young Ty & the entire GoodFellaz TV staff are dedicated to bringing the people the latest news, the realest interviews, and the best content possible. 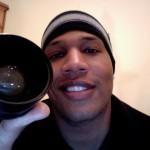 Founding member of the Original GoodFellaz Crew. Movie Buff, Sports Fanatic, Artist, Song Writer, Speaker..I could go on and on, but you ain’t trying to read all that. I’ll sum it up in one word: ORIGINAL There’s no one like me and I like it that way. 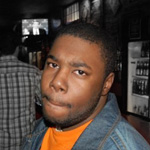 Hailing from NY, Sean Money is a GoodFellaz TV reporter, blogger, radio personality and internet terrorist. A true hip hop fan, Sean Money is a presence on the music scene, both on the world wide web, and in the streets.