By now, the whole country is aware that George Zimmerman has gotten away with murder…..Literally. It appears that a black life means nothing in this country. Zimmerman, being identified by the uneducated as a hispanic, was a neighborhood watchman who saw young Trayvon Martin walking home from a convenience store on February 26, 2012. Zimmerman was suspicious, as there had been break-ins around the gated community in which they both stayed. Zimmerman, a caucasian of German descent, saw a young black male and took it upon himself to follow. He made a call to 9-1-1, and the operator told him he didn’t have to follow him, yet he did. At one point, young Trayvon Martin and Zimmerman got into a clean altercation, and Trayvon beat up Zimmerman. Then, Zimmerman, being the loser he was born to be, took his gun and shot Martin in the heart, thus killing him without a cause.

This is a story we all know too well. Trayvon Martin is not the first life claimed by racist scum such as Zimmerman. We have far too many examples of this country’s brutality towards Blacks, Hispanics, and Native Americans. This country is not willing to change. There will be many more Trayvon Martin’s in this country, and many more Zimmerman’s will walk free. How do we know? If this country’s history of violence against the aforementioned groups isn’t enough, let’s look at a recent poll taken by the “New Times” website. Most whites asked agreed with the court’s decision to let Zimmerman walk. Meanwhile, as Zimmerman identifies himself as Hispanic, the Latinos asked about the decision by the court disagreed with the ruling, and of course most black disagreed as well. In the same poll, the question was asked if Martin’s civil rights were violated, and it was no surprise to see that most whites say no, while black and hispanic people said yes. There is an apparent racial divide in this country, and it is not going anywhere. 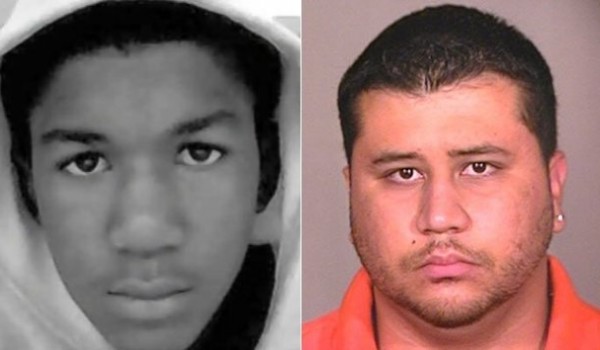 Zimmerman was clearly guilty, found innocent by some stupid women, and now Martin’s family along with many blacks in America are striving to get some type of justice from an unjust government. Justice and America should rarely ever be mentioned together. Amerikkka participated in the slave trade, the drug trade, allows homosexual marriages, invades other countries, and does unjust things everyday. Martin is only a wake up call to so-called minorities that this country does not value a black life, nor do they feel any remorse over their actions.

The streets have been filled with protestors, however things will not change. We think things have changed because we have a brown-skinned president, or because we are in school, and can drink from the same fountains as whites. This isn’t change, it’s pacification. The way racism is practiced by this country has changed, not it’s racist core. The same way you cannot get blood from a stone, you cannot get justice from Amerikkka. Therefore, we should never expect this country to welcome change for the better, only more hatred and violence until there is a race war.