Word on the street is that the highly anticipated collaboration album “Watch the Throne” from Jay-Z & Kanye West is on pace  to sell between 450,000-500,000, an increase from earlier projections. And while the world won’t know for sure until next Tuesday, sales on iTunes are staggering.

“Watch the Throne,” which was released Aug. 8 first through Apple’s iTunes Store, is on deck to have the second-largest sales week of the year, only trailing Lady Gaga’s 1.1 million 1st week debut for her latest album “Born This Way.”

Even more surprising is the fact that Hov & ‘Ye’s new album DIDN’T get leaked to the public early. Usually an album of this magnitude is usually “mysteriously” gets leaked several weeks prior to its release, to the delight of Internet Dudes & Bootleggers across the globe. Rumor has it the Jay-Z & Kanye hit their studio-engineer with an iced-out Rolex to insure none of their music leaked. Smart move!

The long-anticipated “Watch the Throne” is currently exclusively being sold through iTunes until Friday, Aug. 12. After that various other physical and digital retailers will start selling Hov & Yeezy’s new project. Listen to the New sinlge from the album entitled “Otis”, plus check out the track-list and artwork below, as well as their latest performances in NYC, only on GoodFellaz TV. 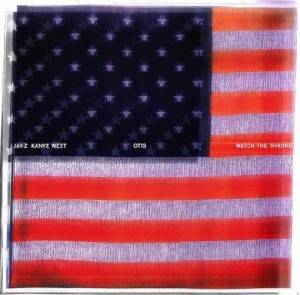 Watch Jay-Z come out during the Young Jeezy Anniversary Concert in NYC: