“Sounds Good” So, yet again, Mister Cee gets caught doing something vile with the wrong gender. Last time, he got caught receiving oral sex from a man. This time, he was caught in the act of soliciting a male prostitute, which turned out to be an undercover cop.

Who is he fooling??

A heterosexual man would give no occasion to a male prostitute to believe there was a solicitation. However, this time, Mister Cee gave a trained officer enough reason to believe he was interested in sexual favors from him.

The first time was suspect, the second time, icing on the cake. However, this time, it’s a nail in the coffin. It’s a wrap, Mister Cee is a homosexual. To make matters worse, he’s trying to deny it now. He now claims some random badge number, and that badge number belongs to a female cop. He also claims it is a lie concocted by the NYPD.

What doesn’t make sense is that this is not the first time, nor the second, but the third time he has been implicated in an accusation of homosexuality. How many times is he going to plead innocence for the same type of infraction. It should be about time Mister Cee comes out with the truth.

Who does he think he’s fooling at this point?

The funny thing is that, just three weeks prior, we went to a club in Linden called “Pouyas”, and the DJ was none other than Mister Cee. He was playing some great songs, and at one point, he actually spotted a good friend of mine whom was wearing a white blazer. Miss Tercee (aka Mister Cee) got on the mic (no pun intended…lol) and tried to joke on my boy about how his blazer was too smooth for REAL(??) street hip-hop! My boy laughed it off, because who is this gay guy to call anybody out for ‘not being hip-hop’ enough?

And what do you know?? A couple of weeks later, he gets busted (again) trying to pick up a male prostitute. How coincidental is it for this sodomite to get busted A THIRD TIME for the same thing? Three weeks after he played in a club where I was in attendance, talking about “Real Street Hip Hop” .

The point with Mister Cee is that his argument defies common sense. Three different accusations of the same thing, yet he claims he’s not gay. If I went to a music store and bought albums from NWA, MOP, and Mobb Deep, the assumption would be that I’m into ‘Gangsta Rap’. If I go to a club and get only phone numbers from females with long hair, the assumption would be that I like girls with long hair. If I went to a sporting goods store, and I bought shoulder pads, a football, and some football cleats, anyone that saw me would think I like football.

Therefore, if a man gets busted 3 times either soliciting, or receiving oral sex from a male, what would the assumption be? Anyone with common sense would think the perpetrator of all three occurrences is gay. It’s not rocket science. “The Finisher” has finished himself off. Now, he can feel free to DJ for Frank Ocean and Jason Collins. lol 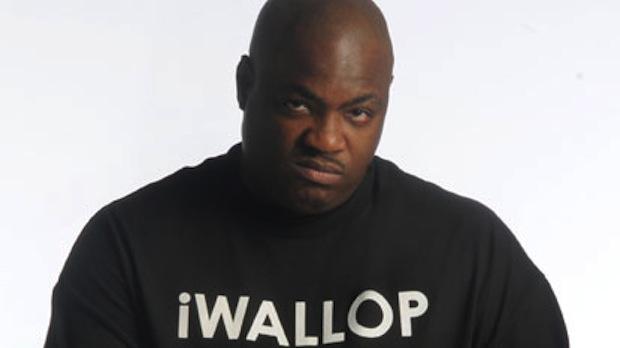 The legendary DJ Mister Cee took to the airwaves of his home radio station Hot 97 recently, where he spoke on being arrested for trying to proposition a male prostitute (again) in Brooklyn. He was interviewed during the morning show with Hot 97’s own Ebro, where he (again) defended his sexuality, and blamed the NYPD for reporting a “false” story of him trying to pick up a male undercover officer for sex.

According to Mister Cee:

” I am not gay. I have not engaged in homosexual activity.”

Mister Cee also claimed that the alleged ‘male prostitute’ was actually a ‘Latina female’, and that the story was a lie started by the officers of the 83rd Precinct in Brooklyn, NY.

This is the second time in two years that Mister Cee has been arrested for trying to pick up a male prostitute, the last incident occurring in April 2011. In that case, he eventually pleaded guilty to a charge of ‘loitering for the purpose of engaging in prostitution’ after he was arrested for receiving oral sex from a transvestite named Lawrence Campbell.

Listen to the interview below, and read the transcript of his interview answers, courtesy of GoodFellaz TV. What do you guys think? Do you believe his story, or is “The Finisher” lying? You be the judge.

Did Mr. Cee Approach A Male Prostitute For Sex?

“Thursday night/Friday morning, I was approached by a female, Latino undercover cop. Not a male cop. The female Latino cop, I have her badge number so I know who it is….The first story that came out in the Daily News said it was a female undercover officer and you can research and see that that story was posted. Then they changed it soon after to male undercover officer. I have no idea why it changed.

“No, I am not gay. I have not engaged in homosexual activity. Out of the three incidents that happened in the past with me, there was only one person’s name brought up that was a male.

If you do your research and look at the incident that happened in 2011, that male person put out 2 different videos. The first video was about him saying he doesn’t know Mister Cee. Then, he did another with a comedian saying ‘Yes, I was with Cee and he has a small penis.’ If you do your research, you will see those two interviews.”

Why Do These Allegations Keep Occuring?

“Shout out to the 83rd precinct in BK. They took care of me and what I’m going to say is not a reflection on all police. But the police’s job is to build a case against me. And it’s my job to build a case for myself.

In 2011, I pleaded guilty tot he prostitution case (which a male prostitute was also named with pictures in the ACTUAL police report) because it was too much money to keep going back and forth. And also because I have a family–both my family and my Hot 97 family and I didn’t want to put y’all through the mud. Not because I like men, but because of all the court procedures I didn’t want to go through.

But on the three occasions I’ve been arrested on solicitation charges, only one has been said to be a man. Where are the other names? And have y’all stopped to think about where that person is now? There’s something to that.”