admin April 17, 2011 Comments Off on The Finisher is finished 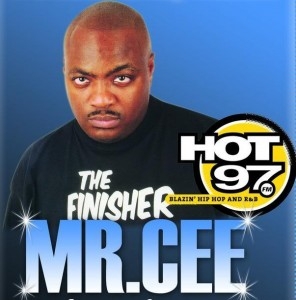 By now, just about everybody in the Hip Hop community should be aware that on March 30, in the late hours of the morning, Mister Cee was caught receiving oral sex from a 20 year old male prostitute.  Mister, 44 years old, was caught in his car in this lewd act.  That part of the story is already known and understood.  What is not understood is the subsequent repercussions of Mister Cee’s “fruity” act.  Some people say it doesn’t matter, as long as he is spinning the hottest records on his show.  Some people say what he does on his own time is irrelevant.  There are even morally compromised people that will say he did nothing wrong.

The truth is, for all those people who justify the so-called Finisher’s acts, they are simply justifying wrongful actions just because of Mister Cee’s stature in the Hip Hop industry.  Being a great DJ does not exonerate anyone of the same moral code all people must follow.  To say that he’s ok is like saying a restaurant is ok to sell you a rat fillet, telling you it’s a fish fillet.

Superstars do not have private lives.  There is always someone who wants to know more about the person everyone else reveres.  What Mister Cee did wasn’t even done in private.  It was done in a car, out in the street so that any passerby can see.  Furthermore, he did it with a male prostitute.  That means he’s a homosexual, a pervert, and does not have a problem doing it in public.  He also has a track record of lewd acts.

Hip Hop, like anything else, has it’s criticism.  In fact, Hip Hop takes more criticism than most other types of music.  It has been known to be associated with gangs, degradation of women, profanity, breaking the law, rioting, and now, thanks to Mister Cee, among others, you can add homosexuality to that list.  It actually makes one think, who else do we listen to everyday that engages in such immoral activities?  There certainly are some prime suspects in the Hip Hop and R&B industry as we speak.  Does that make them any less entertainers?  Not at all, however, it makes them less human.  Anyone can do wrong, but when your wrongs go that far into left field, you have to begin to draw a line.  Many of us love these celebs out of a sense of covetousness.  We wish to be where they are.  However, if many of us knew some of the things these celebrities do behind closed doors, we would feel the same way we felt when we were told Santa Clause isn’t real: Betrayed.