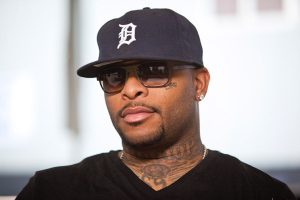 “Success is Certain”, the brand new album from Royce da 5’9 dropped Tuesday August 9th, and GoodFellaz TV was in the building for the Album Release Concert at SOB’s in NYC. Riding the success of his current collaboration album “Bad Meets Evil” with longtime partner-in-rhyme Eminem, this was Royce’s first time headlining a NYC concert in over 5 years. 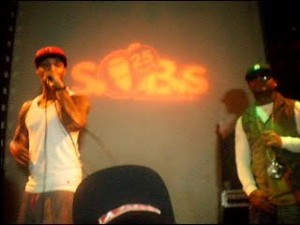 With the legendary DJ Premier on the turntables, Royce da 5’9 put on a classic show, with the help of a few friends. Sharing 5 patron bottles with the crowd, Royce showed his lightning fast delivery and crushing lyrics over a multitude of his classic songs. In front of a hyped-up crowd of hip-hop heads in attendance, he later brought out Joe Budden and Joell Ortiz (Crooked I was injured), who then proceeded to perform many of their Slaughterhouse hits. 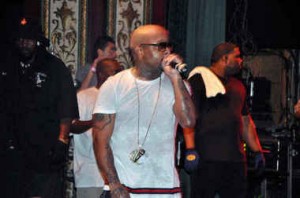 Patron bottle in hand, Royce then declared a “drinking intermission” and brought out the legendary Talib Kweli, who went straight into his classic “Get By” record. After that Royce kept the momentum going, ended the night with “Assassins” which brought out Pharoache Monch and Jean Grae, who both showed that they could hold their own with Royce.

Will “Success is Certain” reach the same critical success of “Bad Meets Evil” now that Eminem has stepped into the background, producing and appearing only a few cuts for the album? Royce da 5’9 showed NYC that he was more than capable of holding his own.