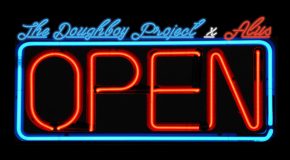 -GoodFellaz TV Staff It’s here at last! Check out the GoodFellaz TV ‘New Video of the Week’ from The Doughboy Project x Alus entitled “Open” below. One of the pioneers of the New Jersey music

admin August 24, 2011 Comments Off on Watch The NEW Lil Wayne “How To Love” Video On GoodFellaz TV

Lil Wayne has finally set an official release date for his highly antipated album “The Carter IV”, August 29th, to be released on Young Money/Cash Money/ Universal Records. Watch the NEW “How To Love” Music Video and