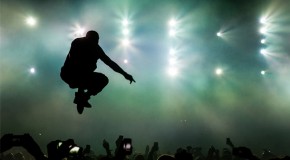 -Written by Tommy Gunz Apparently “Swish” wasn’t a ‘slam-dunk’ in the album title department, so Kanye West decided to change the name- again! Only a few days after releasing the track-list for his highly