The Rock & Snookie Steal The Show At Wrestlemania XXVII

admin April 11, 2011 Comments Off on The Rock & Snookie Steal The Show At Wrestlemania XXVII

The Rock & Snookie Steal The Show At Wrestlemania XXVII

Written by Big A 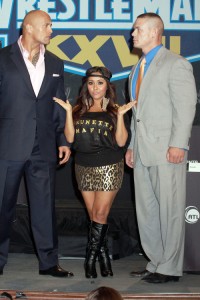 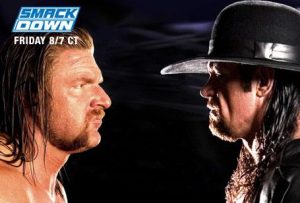 The world famous Wrestlemania XXVII went down Sunday April 3rd in Atlanta, Georgia, and kicked off with The Rock as the special guest host of the evening. Of course The Rock had the fans going crazy as he went through his patented monologues and all his famous catch-phrases.

World Champion Edge and Alberto Del Rio was the first match of the night. Edge entered into the ring accompanied by long-time partner Christian and Del Rio with his NXT protégé. The Match started off very slow and boring until Edge pulled off a big win over Del Rio, retained the World Heavyweight title. However the real excitement came when Christian and Edge smashed Del Rio’s 100K Car while Del Rio watched helplessly at ring side.

Other dope matched included the Big Show, Kane, Santino Marella & Kofi Kingston versus “The Core”, Cody Rhodes versus Rey Mysterio, and Randy Orton versus CM Punk. The Orton vs. Punk match was highly anticipated match started off with both men beating the hell out of each other with Punk taking control early. However, just as CM Punk was about to execute his finishing move off the top rope, Orton delivered his crowd-favorite “RKO” finisher, and won the match.

Another Big Match of the night was between two WWE commentators, Michael Cole Vs Jerry “The King” Lawler. The feud which had been simmering for many weeks spilled out in an all-out slug-fest. WWE wrestling legend Stone Cold Steve Austin was the special guest-referee, and played a major part in Jerry Lawler gaining the pin-fall over Michael Cole. However, soon after the mysterious WWE Raw General Manager reversed the outcome into Cole’s favor, giving him the tainted win.

One of the most anticipated matches involved MTV’s “Jersey Shore” star Nicole “Snookie” Polizzi, who along with partners between John Morrison and Trish Stratus, defeated the team of Dolph Ziggler & Lay-Cool. Snookie even showed off some of her cheerleader athletic ability by performing several flips and summersault-like wrestling moves, eventually winning the match for her team.

The best match of the night was the “no holds barred” slug-fest between The Undertaker Vs Triple H, which was by far the most brutal match of the night. The two wrestling legends fought a classic match, with Triple H enacting devastating punishment upon The Undertaker, no easy feat. However the Undertaker persevered, using his patented “Hell’s Gate” submission move to pick up the win over “The Game” Triple H, increasing his legendary Wrestlemania winning-streak to 19-0.