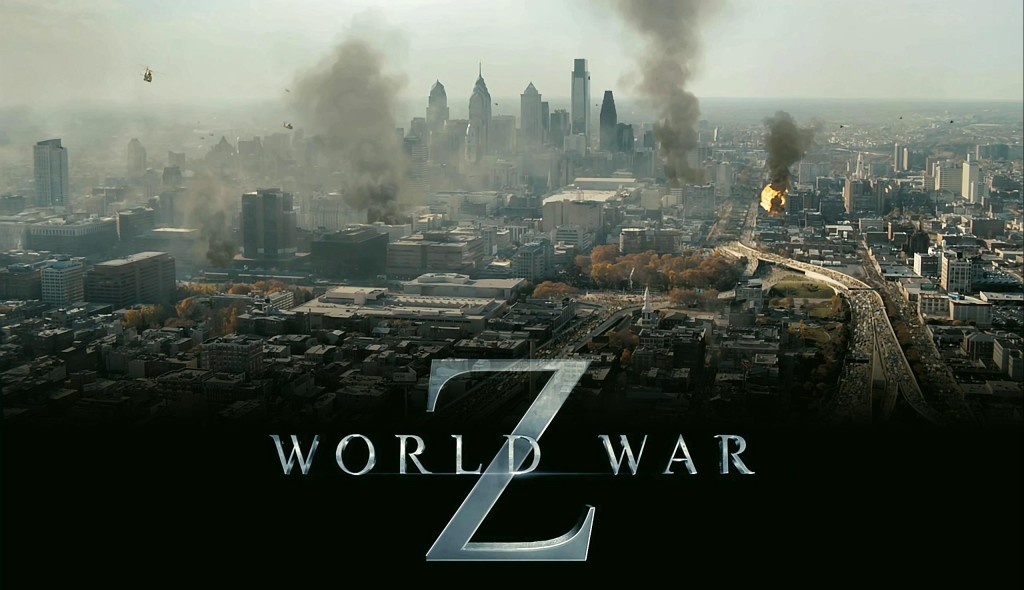 We have another “zombie” type movie starring Brad Pit, World War Z.  Z is for zombie.  Brad Pit plays a former UN employee in this race against time to stop the zombie pandemic. It’s wiping out governments and destroying populations. It’s serious. Unlike most zombie films, this is taking it from more of a virus standpoint. So if you’re a zombie fan and want to see classic zombie biting action, this may not be for you. This movie has more of a Contagion and I am Legend feel. I’m not a fan of most zombie films, so this is exactly what I was hoping for. So when it comes to whether you should see it or screw it, see it. It’s a refreshing change from all the exact same zombie films being released.

MOVIE REVIEW: Does “Elysium” Live Up To The Hype??