Young Jeezy Takes Over NYC For His Documentary Screening

admin December 2, 2011 Comments Off on Young Jeezy Takes Over NYC For His Documentary Screening The private screening of Young Jeezy’s  documentary ‘A Hustlerz Ambition’ was held on Tuesday night, (Nov. 29) at the Landmark Sunshine Cinema Theatre in NYC.  The movie was directed by Chris Robinson and it took us right from the beginning of Jay “Young Jeezy” Jenkins’ to the present moment.

Young Jeezy introduced the movie with a few words, telling the crowd his goal for the movie was to show us his struggles and to understand the reasons behind the music he makes and the people he represents.

The movie took us into the life of Jeezy, his trials and tribs and how he made it to the life that he is living today.  We saw his struggles with his mother, and the loss of his father, his grandmother’s loyal support and how he created an empire in the streets.  Young Jeezy brought us into his life in the rawest form.  We witnessed his blessings and curses.   It showed us his fight with Bells Palsy and his beef with Gucci Mane; he left no stone unturned.

It is no mistake that Young Jeezy has made it to the top of the charts; the movie connects us to his thirst, hunger, motivation and his belief to surpass any level of regular contentment. “He will not lose.” He just won’t have it any other way.  The movie includes comments from the Def Jam family, L.A. Reid, Shawn ‘Pecas’ Costner, Diddy, Jay-Z and T.I. We also were able to hear from his friends and business partners, Kink and even the late Shakir Stewart, who helped jump start his career, had a presence in the movie.

“He’s one of the special ones,” Diddy states. “He has an opportunity to walk through the streets, be that ghetto superstar but also be a leader.” 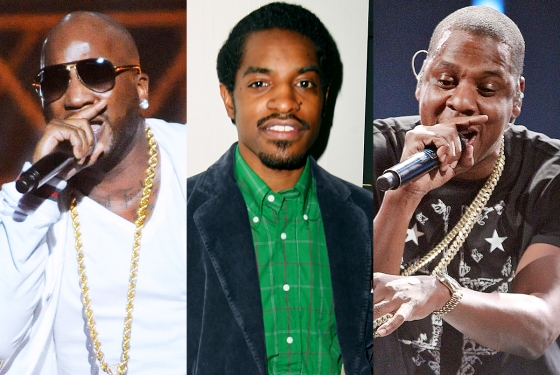 Check out the Brand New Single “I Do” from Young Jeezy featuring 2 of the all-time greatest lyricists in the game, Jay-Z & Andre 3000. The New Album from Young Jeezy “Thug Motivation 1003” IN STORES Dec 20th on Def Jam Records. Listen to it below and watch Hov & Jeezy perform in NYC on GoodFellaz TV.