admin May 31, 2011 Comments Off on “The Hangover 2” Breaks Comedy Records, Makes Over $105.8 Million During Memorial Day Weekend 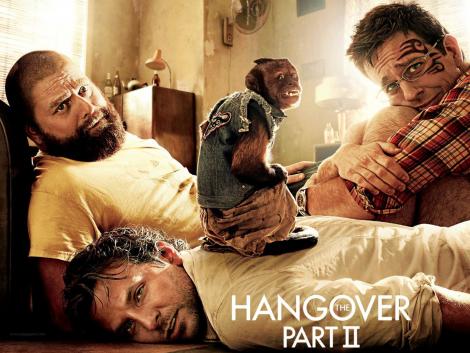 The highly anticipated “The Hangover Part II” movie is breaking records and generating serious money at the box-office. The sequel set a new revenue record for comedy debuts, making around $105.8 million over the Memorial Day weekend alone, according to studio estimates. “The Hangover 2” also set a new revenue record of around $280 million for the holiday weekend, surpassing the previous record of $254.6 million.

Domestically “The Hangover Part II” made over $137.4 million since its opening, almost half of the original movies entire gross. It also made an astounding $60.3 million in revenue internationally showing in over 40 other countries worldwide.

The movie stars actors Bradley Cooper, Ed Helms and Zach Galifianakis as they once again awake from another wild night, and shows their adventures as they attempt to piece together the havoc they caused during their drunken night, this time set in Bangkok.

Taking the #2 spot over the weekend was another sequel, the DreamWorks “Kung Fu Panda 2,” with brought home an impressive $62.2 million.