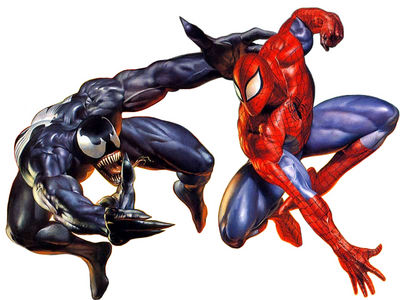 Comic book fans rejoice. Sony Pictures is ready to start production on a Venom Movie. The LA Times has reported that Sony is in negotiations with Chronicle’s director, Josh Trank, in the hopes of having him bring the Marvel Comics favorite to life.

The movie will star Venom, a gooey alien symbiote that fashions itself into a suit with a love/hate relationship for Spider-Man. Movie goers will remember Topher Grace donning the suit as Eddie Brock in Spider-Man 3, while fanboys would like nothing more then to forget it. Spidey 3, for the most part, left web in our face and the reboot to the franchise is a breath of fresh air. Sony and Marvel have given movie buffs something “Amazing”  to look forward to, but are they jumping the gun with Venom, considering The Amazing Spider-Man hasn’t even been released yet?

The production has a few challenges to overcome to insure this isn’t the case. Priory should be being picking the right character to wear the suit. In the Marvel Universe, a few men (and one woman) have worn Venom and picking the right one is crucial to pleasing movie goers and fanboys alike.

Another good choice could be Flash Thomson; star of the current Venom comic book series, for a year now, Flash has been given the symbiote by the U.S Government to carry out espionage missions. Choosing Flash would turn Venom’s potential villain storyline into that of a hero.

Picking the right man to suit up is important but when it comes to Venom, one must keep in-mind, unlike real life in this case, the cloths really does make the man. Venom needs to be powerful, he needs to be dark, gritty, and conflicted. He needs to be everything he wasn’t in Spider-Man 3. Venom was mishandled in SM3 and this is probably why this film idea to got scraped back in 07. Hopefully Sony has learned from their mistakes and possibly picked up a thing or two from other franchises. Wolverine has lengthened the X-Men series and Venom can do the same thing for the Spidey franchise if, and only if, he is allowed to grow on his own and not be overly constrained by the new Spider-man films. 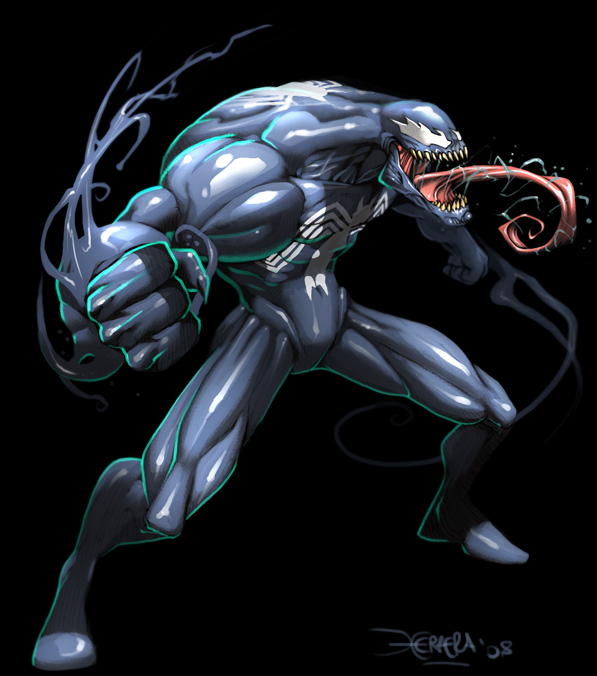 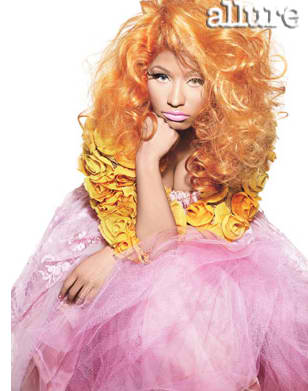 Nicki Minaj’s second album “Roman Reloaded” is IN STORES NOW! It’s been quite the year for Nicki, who has landed many business sponsorships, and is the epitome of brand marketing. A nail polish deal with OPI, she is also the Viva Glam Spokesperson for M.A.C 2012. She also developed her own M.A.C lipstick, Pink Friday, as well as her own fragrance and a clothing line. She is quite the busy ‘Barbie.’ What can we expect from her clothing line? As per this mogul in the making, she says her line will be “non-vanilla” as seen with other rapper lines. Think fun, colorful, runway and Harajuku. But of course, did you expect anything else?

In her interview with Allure she mentions her brief encounter with Jay-Z, as he congratulates her for all of her success, she says to Jay…

Check out pics from her Allure Magazine photo-shoot and tips on how to re-create Nicki Minaj’s makeup look below, courtesy of “Watch Me Blush” & GoodFellaz TV. 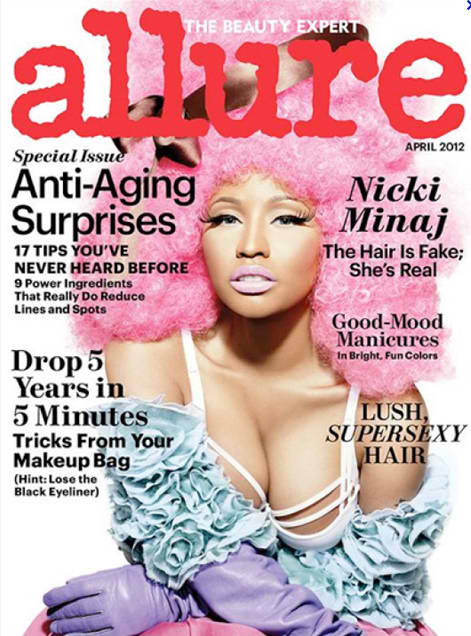 Nicki is a devoted M.A.C Cosmetics fan and only uses their products; she’s never used any other product…her color that spring from her ultimate favorite, Pink Nouveau. She says that when she wants to look ‘halfway cute’ she put on a liquid liner on top of her eye, heavy lashes, color her eyebrows. She’ll wear the lipsticks non-stop and Pink Nouvueau.

The Makeup How-To: Dust on beige and brown eye shadows, trace the lashes with black liquid liner, and glue together two seperate pairs of false lashes. Dust on the Cotton Candy pink blush on the cheeks and dab on the pink lipstick.