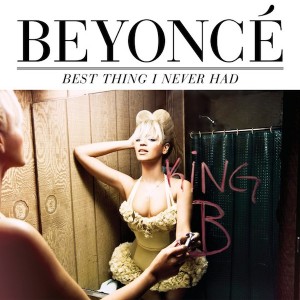 It’s finally here! After 3 years, a management change, and a leaked album later, the one-and-only Beyonce once again proves why she is “King B.” As her fourth studio album entitled “4” hits the streets (this time on purpose), it’s safe to say Beyonce has a certified banga’ on her hands. There’s something for everyone on this album: ballads for those in love like “1+1” , as well as the standard Beyonce female-empowerment songs like her controversial first single “Run The World (Girls)”.

In the beginning I will admit that I wasn’t real feeling the album, considering it to be a hyped up disappointment. However after clearing my expectation and just listening to it, I realized that the album is pretty damn good. It’s not overly pop, hip-hop or R&B; it’s just Beyonce. As a fan, I’ve had every Beyonce CD from Destiny Child, and her development as a solo artist, and thus this album is different from all the others. There are not a ton of featured artists on her newest offering;  this time it’s just Beyonce, her band, and a mic. As we all know, Beyonce is an international superstar and, as fans, we expect a lot; but this album is no disappointment. With the release of her New Album “4”, she has provided listeners with 12 songs that show her growth, not only as an artist, but as a woman.

Artists usually fall off after an extended hiatus.  However Beyonce has come back with authority to let all the nay-sayers know she is no fly-by-night act.  Although the album would have benefited greatly, perhaps even elevating it to classic status, with Matthew Knowles’ executive production touch, Jay-Z (the Executive Producer of the album) still manages to works out just fine on her new project.  Although her old formula made for some classic music, it definitely didn’t hurt to for “B” to use a new one in the case of “4.”

So, ratings-wise, I give this album a

It’s not her best work but it’s hot! Make sure you get the New album from Beyonce “4” IN STORES NOW !!