admin November 1, 2011 Comments Off on Divorced! Kim Kardashian Calls It Quits After 72 Days. 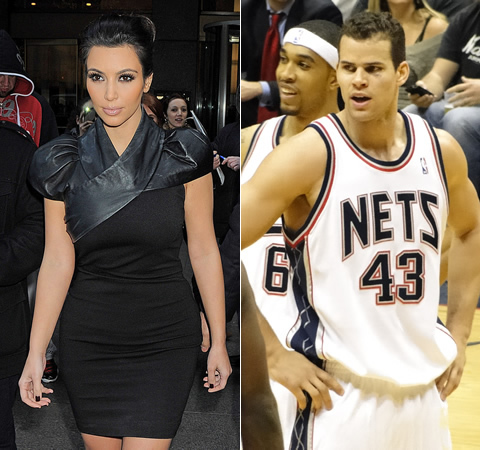 – Written by Big A

The good folks at GoodFellaz TV have some breaking news that nobody saw coming: apparently the marriage between Kim Kardashian and Kris Humphries has come to an abrupt end. Lol. It’s official, the super-sexy Kim has filed for divorce after only 72 days of marriage. Initially a shock to her now ex-husband, everybody’s favorite celebrity-for-no-reason, Kim Kardashian first petitioned for divorce, citing “irreconcilable differences.”

The date of separation is listed as Oct. 31, 2011. According to sources, Kim wants Kris to foot his own lawyers’ fees, and she’ll pay hers. Furthermore she wants the court to reject any move by Kris to get spousal support. Signing a pre-nup was what Kim felt was “the smart thing to do.” Allegedly the pre-nup kept all assets between the two separate, meaning neither party get a big pay-day. When asked if the wedding was a publicity stunt, Kim had this to say via Twitter,

“I am trying not to read all the different media reports but it’s hard not to see all the negative ones. First and foremost, I married for love. I can’t believe I even have to defend this. I would not have spent so much time on something just for a TV show!” 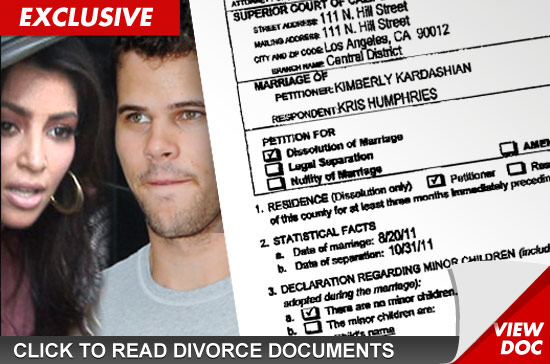 On the bright-side for the ex-couple, Kim Kardashian gets to keep the $2 million engagement ring, and Kris Humphrey’s had the pleasure of hittin’ that for the last 72 days. Lol. Hey, the entire Kardashian family has had a pretty good year in general; thus far the family empire raked in $65 million.

Stay tuned as we continue to keep you guys up-to-date on this breaking story. Check out some of Kim Kardashian’s sexiest photos below, courtesy of GoodFellaz TV. 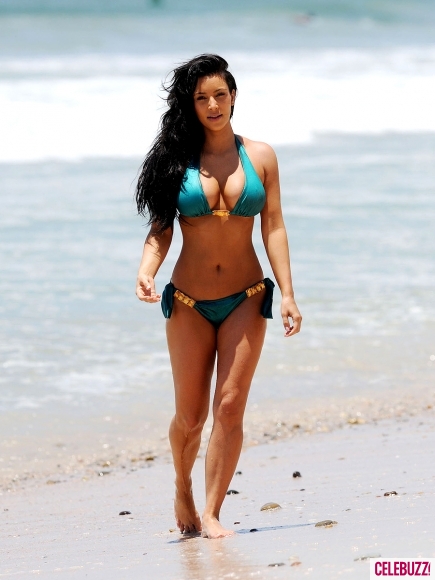