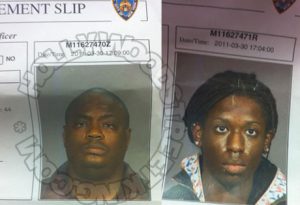 By now almost everyone has heard about the controversy surrounding popular NYC DJ Mister Cee, the legendary disc jockey responsible for much of the success behind hip hop icons including Big Daddy Kane and the Notorious B.I.G. Well now the transvestite who was alleged to be engaging in “lewd activity” with Mister Cee has come forward to tell his side of the story.

In a recent video posted on WorldStarHipHop, the “tranny” who goes by the name of Brooklyn spoke on camera regarding the rumors involving him and Mister Cee. According to Brooklyn, he is not a transsexual, just a “drag queen”. Furthermore, Mr/Ms. Brooklyn claims that nothing of a sexual nature ever transpired “in that car” with Mister Cee. Brooklyn the “Drag Queen” had this to say in the video:

“I kinda just wanted to set the record straight and let everybody know that nothing, indeed, happened in that car. I feel like it’s like an Internet blog that got totally out of hand. A lot of things I read is just not totally true about me and my character.”

DJ Mister Cee, who according to police documents had been previously apprehended on two prior occasions for the alleged offense of “loitering for the purpose of prostitution”, has continued to deny the allegations, and both he and “Ms. Brooklyn” are scheduled to appear in court in June. Watch Brooklyn’s video below.