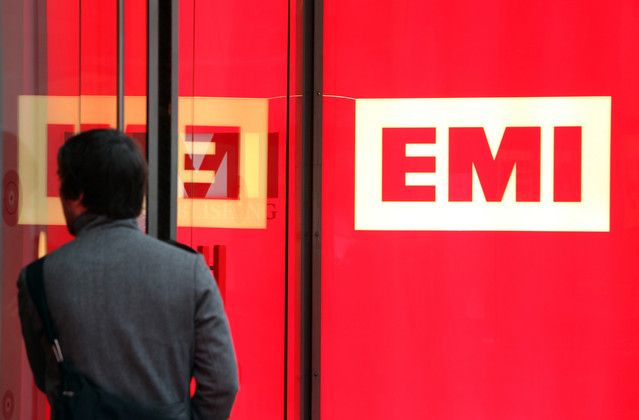 Universal Music Group, the largest Record Company in the world, brought the EMI conglomerate, which consists of several record label divisions including Capitol Records & Virgin Records and is home to a diverse catalog of artists including Katy Perry, Snoop Dogg, G-Unit, and Coldplay, for $1.9 billion. In a seperate deal, a Sony Corp.-led group brought EMI’s music publishing interests for $2.2 billion.

The breakup of the 114-year-old London-based EMI Music Group, the company that also owns the prestigious Beatles catalog, ends a 9-month bidding war between several of the biggest record labels in the game.

In good news for the long-ailing music business, legal music-streaming services such as iTunes have helped record labels compensate for sluggish CD sales, sparking investor interest in the music industry once again.

Since last year, sales of physical & digital record albums are up 3 %, according to Nielsen SoundScan. Thus far 255 million albums have been sold in the U.S., up from 247 million this time last year. At this point last year, album sales were down 13 % from the previous year.