The GoodFellaz TV “Next Up” Artist of the Month is Michigan MC Jon Conner. Labeled as “The Peoples Rapper”, Jon Connor is third generation musical talent with the triple threat abilities of writing, producing, and performing.  Jon Connor’s innovative style of music using unique beats, merged with raw emotions, and clever lyrics is a talent that cannot be silenced. His music conveys genuine purpose and individuality.

Hailing from Flint, Michigan, Jon Conner was raised in a musical household, and began producing and making music at the age of 10. Possessed by an entrepreneurial spirit since middle school, he began selling his own mixtapes out of his backpack and from the trunk of his mother’s car. He eventually he founded his own independent record label Avie Records/ All Varsity Entertainment at the age of 14 and began developing his skills. By 16, he had financed and created an in-house studio with the money earned through various odd jobs and hustles.

By 18, Connor had made a name for himself on the Michigan music scene performing with an impressive roster of artists including KRS1, 2 Live Crew, Bone Crusher, and Jeremih.  He also composed the music for the independent Basketball Documentary Film “Flint Star”. 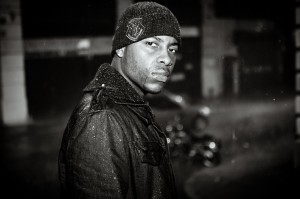 In 2005 he teamed up with the southern-based beat making team of E. Rude and Kevin “K. Wills” Williams to create the underground classic street album “The Calling Pt. 1: The Prequel”. This project served as Connor’s official introduction to the world, and it gained him a loyal fan-base as well as national notoriety on media outlets including VH1.com, XXL, and King Magazine, among others. Producing over half of the material on his critically acclaimed debut album, Connor not only showed his ability as a gifted lyricist and songwriter, but also as a skilled producer. Connor’s describes his style of production as “a mirror of human emotions; a blend of pure hip hop flow, unique beats, solid production, and realistic content.”  His sound is well rounded and influenced by the sounds of the great artists before him such as Prince, Carol King, Michael Jackson, and Kanye West.

Never one to limit himself, Connor not only strives to be a great talent, but a great person as well. He also takes time to give back to his community through participating in community outreach, foundations, and charity concerts. 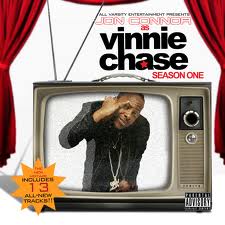 Now with the release of his latest mixtape “Jon Connor as Vinnie Chase”, a collection of 25 tracks that keep you guessing from start to finish, Connor is ready to take the world by storm. Also in the works is his next upcoming project entitled “Salvation”. The first leak from the new project “Big City Dreams” is scheduled to drop within the next couple of weeks. Remember where you heard about Jon Connor first, and don’t be surprised when he’s all over your local radio stations. Jon Connor is “Next Up” because THE GOODFELLAZ SAY SO!! Check out some exclusive music from the Flint, Michigan MC below.

Jon Connor- I C U Lookin’
[audio:http://goodfellaztv.com/wp-content/uploads/2011/06/jon-conner-i-c-u-lookin.mp3|titles=jon conner- i c u lookin]