Now as everyone should know by now, unless you’ve been locked up in a Brooklyn basement (or in Brooklyn for labor day weekend…lol), Lil Wayne’s “The Carter 4” sold almost a million records in its first week. Surprising, considering his album leaked a few days before it was supposed to be officially released, and all the reviews weren’t in favor of the New Orleans rapper.

Now I dont want to say somebody is rigging the numbers, but I took to Facebook and Twitter and asked my friends and followers one simple question: Who actually went and PURCHASED “The Carter 4” ? And out of all my thousands of Facebook & Twitter friends, surprisingly only 2 people responded back that they had brought the album. So out of those two people, I asked one (@thabaddestdiva) why she bought it. And her reply was, “I wanted to see what all the hype was about”. Okay, Cool. But when I asked if she also purchased the Jay-Z & Kanye West’s “Watch The Throne” album, her answer was, “I fucks with Jay-z and Ye, I just dont see what all the hype is about for it………”

WAIT. Didn’t she just say she purchased “C4″ to see what the hype was about?? So in other words, she was saying she bought “C4” because of the hype and wanted to form her own opinion about it, but didn’t do the same for “WTT”. When asked why that was, she quickly deflected (as most people do when their judgement or decisions are questioned) saying “I heard “WTT” so what difference does it make?. Hearing and Purchasing are two different things AND it makes A LOT of difference in my opinion, because “Watch The Throne” is an overall better QUALITY album.

In todays’ Music society, what is more important? The number of units sold or the quality of the music? Again, I took to twitter with that very question and this is what I got:

@Shaniberry @YoungTy551 “Quality over quantity. People don’t buy music like they did back in the day. U don’t c too many artist going 4x platinum anymore.”

(True, but how do we explain Lil Wayne almost going platinum in a week….TWICE….Even with a major leak?? Is Baby buying those units??)

@RedLipstickOn  “In todays music culture what’s more important to YOU, the consumer? How many units sold or the quality of the music?” QUALITY!”

@xoxoARTxoxo ” In today’s society it’s the # of units sold, but for me it’s the quality of the music.”

@cthomas823 “Quality. If I am spending my money to support an artist I wanna enjoy the music.”

@Smilez716 “Quality…yeah more money comes from quantity…but if quality is bad and no one likes it, it’ll be harder to sell in the future.”

Yes, more money comes from the quantity sold, but in the terms of “C4” vs. “WTT”, does Lil Wayne almost going platinum in one week make him a better artist? Does that say the “Carter 4” was better quality? Well, thats up to each persons individual opinion. Nonetheless, the general consensus seem to be saying they believe the quality of the music is more important than the number of CD’s sold or iTunes downloads. I think that’s something we can all agree on in one way or another. But at the same time, why dont people support and BUY the quality music they say they cherish so much?

I do not believe for one second that Lil Waynes album leaked everywhere and got such bad reviews, and yet 960,000 people still went out and purchased it in its first week!! And I do believe if ‘Watch The Throne” was released on the usual industry standard Tuesday instead of Friday, that Hov & Yeezy would have sold more more in their first week sales; even though in those 4 days they moved a whopping 436,000 units, including a record-breaking 290,000 downloads on iTunes.

Another thing I believe to be a factor in why quality music doesn’t sell as many records is the fact that the hip-hop generation is changing. The younger, skinny-jean wearing, blonde-streak-in-their-hair generation doesn’t respect, nor do they understand, the quality of good music because all they listen for is a banging 808 bass clap and a chorus that says something about partying, having sex and smoking weed. All of that is fine by me. I enjoy some of those things too, but being a 90’s hip-hop head as well an educated young man, I also need to listen to music with substance. Music that has longevity! People can say what they want about Jay-Z, but Jay-Z has something most these artists dont- a catalogue and longevity!!

Lastly, I think alot of record sales depend on location. Some people only support artists who are from their geographical region because they relate more to that artist than an artist from, lets say, a different coast. The same goes for the generational debate. The younger generation doesn’t relate to a Jay-Z like they would relate to one of the newer younger artists who are talking about the things that appeal to them. In that argument, it all comes down to peoples specific opinions and preferences. I know I’m starting to ramble, but hey, Im a GoodFella and this is GoodFellazTV.com!!!! Please comment and leave your thoughts and opinions on the subject!! What do you think?? 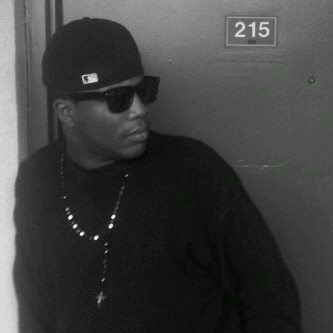