“How To Make It In America” Might Return To TV ?!? 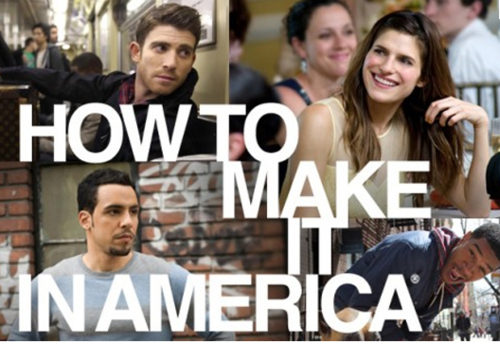 Word-on-the-street is that the mega-popular show “How To Make It In America”, which was cancelled by HBO in only it’s second season, could possibly be returning on another network.

In a recent interview with GQ, executive-producer Mark Whalberg hinted that the “wheels are turning”, and that it may not be over for the cast of 20-something hustlers striving for success.

So yes, that means there is a chance we might get to see Domingo (Kid Cudi), Cam (Victor Rasuk), Ben (Bryan Greenberg), and Kappo (Eddie Kaye Thomas) do their city hustle on another network. It’s a small chance, but we’re clinging to the possibility. Stayed tuned to GoodFellaz TV as more details emerge.