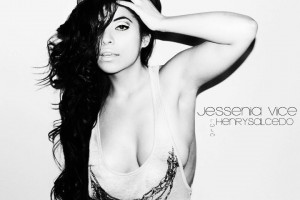 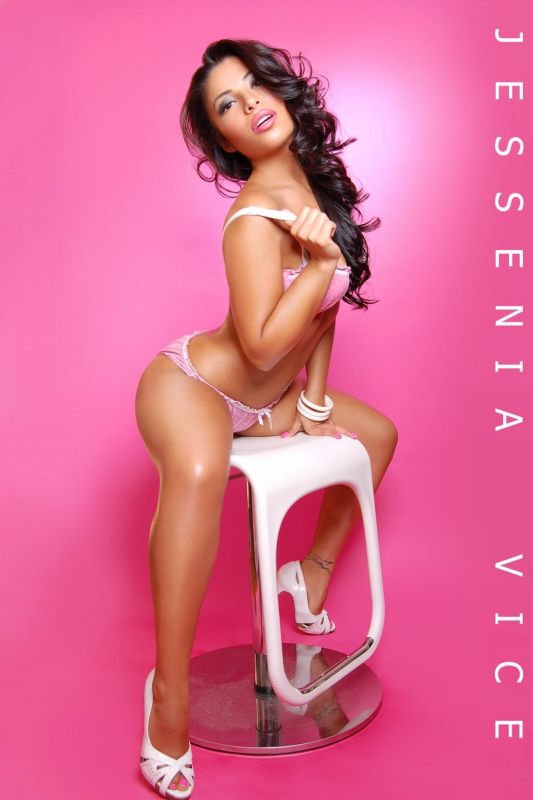 This month’s “Bad Girl of the Month” is Model/ Radio Personality Jessenia Vice. Originally from Newark, NJ, the beautiful and talented Ms. Jessenia Vice was recently crowned “Miss Apple Bottom 2011”, making her the face (and apple-bottom…lol) of Nelly’s mega-successful female clothing-line. When she not raising temperatures as a super-hot nurse at her day job in the emergency room, the Ecuadorian beauty has been taking the modeling world by storm, appearing in numerous print & online publications including King Magazine, XXLMag.com, as well appearing in several videos from such hip hop heavyweights as Fabolous, Fat Joe and 50 Cent

Jessenia Vice is not your typical model. She loves her day-job. She didn’t even have a manager until recently, choosing to book her own features and gigs instead. She also is the host of the popular “Vice City Radio” on A-List Radio in NYC, where she talks about everything from music to her numerous modeling adventures. Recently ya boy Tommy Gunz got a chance to sit-down with Ms. Vice, and we talked about everything. Check out the interview below.

Q: How long have you been modeling?

A: This August will make 3 years since I started modeling.

Q: How did you start modeling?

A: I really never intended to become a model. I had some pics on my Myspace page back when Myspace was still popular. And from there different photographers approached me about getting into modeling. At first it was all for fun, and then after the response I got, I decided to give it a try.

Q: What are some of the difficulties of being a female in the industry?

A: Hmmm, let me see. I can say there is a lot of politics involved in the game. There’s a lot of pressure to be controversial or to do controversial things. A lot of woman will do just about anything to become a model, no matter how degrading. And sometimes that makes other in the profession look bad. It was definitely a struggle at first, and of course you always have guys who want to date you or sleep with you instead of keeping it strictly professional. Luckily I’ve been blessed to have a lot of male friends in the game who look at me like their little sister, and are very protective over me.

Q: What’s the Best Part of your job?

A: I love working with a lot of upcoming talent, not just music related but all types of artists. It’s great to see other come up in the game, and be creative.

Q: Worst part of the job?

A: The lack of appreciation. I work very hard; some people think modeling is easy. Some models put the fun before work, but I take my craft very seriously.

Q: Not only are you a model, you’re also a nurse in the ER? How do you like that job?

A: I love my other job. I love helping people. Besides the modeling, I am a full time nurse, and I work in the psychiatric field. And being in the psychiatric side of things, I absolutely enjoy helped them come out of whatever struggles they may be going thru. The medical field was originally what I wanted to do in life; the modeling just came out of nowhere.

A: (laughs) I’m such a home-body. I definitely rather be chilling at home or catching up on some sleep. The only time I really go out is for work, I am not club head at all.

Q: What is your advice to aspiring models trying to get in the game?

A: Always have something to fall back on. Never take the “easy” way route, as in trying to hook up with somebody famous just to get put on. Be prepared to work hard. Always think long-term. Taking naked pics, sex-tapes, is usually not a good idea, because it will come back to haunt you. And be smart, finish school.

Q: The world wants to know, single or taken?

Q: Is it hard to date being a model?

A: Yes it is hard to date, for a while I was in an “on-again, off-again” relationship. It’s definitely tough dating sometimes. Some guys look at you like a celebrity, or assume I’m already dating. And then some guys have jealousy issues.

Q: How did you get into the Radio game? How long?

A: I’ve co-hosted a couple of radio shows previously for fun, and then just decided “why not have my own show?”. The owner of A-List radio gave me the opportunity to have my own show, “Vice City Radio”, and I’ve been doing it for about 2 months now. Shoutout to DJ Prostyle for also helping me out also.

A: Honestly, I didn’t even expect to be chosen at all. At first, I just submitted my video just to do it. My boy was even joking with me that my butt wasn’t big enough (laughs). So I was entered in the contest as a “wild card”, and I guess Nelly liked what he saw because somehow the “wild card” won.

Q: It must have been pretty cool to meet Nelly.

A: Nelly was amazing to meet. He’s very humble, he’s definitely a gentleman. My mom was with me when I met him, and the first thing he did was compliment her on her hair, which is always a good move (laughs).

Q: What current projects you are working on?

A: I’m starting to get involved with acting, which is very exciting. Right now I’m focusing more on film and magazines. Not really trying to do music videos at the moment. I have some things in the works with Mun2, King Magazine, Vibe.com, and of course, “Vice City Radio”.

For more info on Jessenia Vice, check her out on Twitter at www.Twitter.com/JesseniaVice and her website www.iamjesseniavice.com

Tune in to “Vice City Radio” every Friday 6-8pm on A-list Radio at www.AListRadio.net

TAGS » Jessenia Vice
POSTED IN » BadGirl Of The Month

Pauly D Breaks Jessenia Vice’s “In Love With The DJ” In The Club: “Bad Girl of the Month: Alumni”

Check Out Jessenia Vice In This Months “King Magazine”