John Travolta To Star As John Gotti In Upcoming Movie

admin April 14, 2011 Comments Off on John Travolta To Star As John Gotti In Upcoming Movie 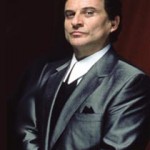 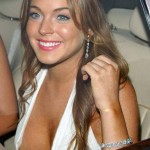 From disco dancer to mob boss ?? Actior John Travolta has been confirmed to be playing infamous NY mafia boss John Gotti in the upcoming film “Gotti: Three Generations”. Also confirmed as his co-star is none other than mob-movie legend Joe Pesci who will be playing fellow mob figure Angelo Ruggiero. And word on the street is that troubled actress Lindsay Lohan is being considered for the movie as well, possibly in the role of John Gotti’s daughter Victoria Gotti.

The movie will be an independently-financed film, and will detail the rise and fall of the late Gambino crime family boss John Gotti, as well as the turbulent relationships between him and family, especially his son John Gotti Jr.

The 57 year star of such movies as “Saturday Night Fever” and “Pulp Fiction” recently spoke about the upcoming role at his news conference, saying “This is probably the most interesting, untold story in this country, and what a character to approach and understand,”