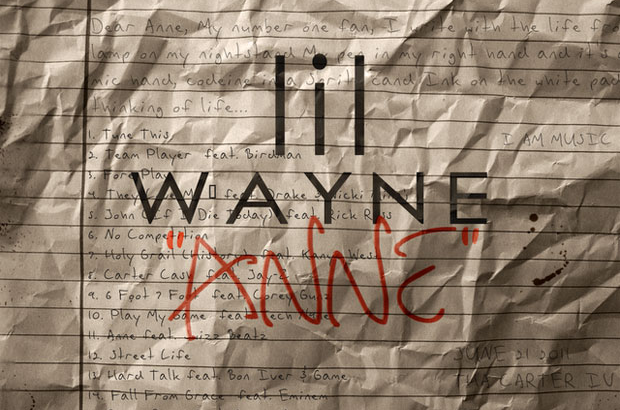 Lil Wayne seems to be dropping clues regarding his upcoming “Tha Carter IV” album. On the recently released artwork for his New song “Anne” featuring Swizz Beats, a rought track-list is seen scribbled in the background.

This track-list has NOT been confirmed, however here is the rumored album song-list. Easily one of the most anticipated albums of the year,”Tha Carter IV” from Lil Wayne is scheduled to be released August 22 on Cash Money/Universal Records.