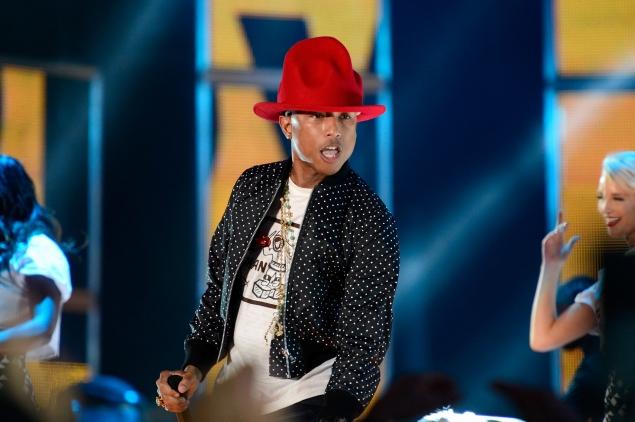 Pharrell fans, you now have 2 new reasons to be ‘Happy’.

That’s right, Skateboard P recently announced that he will be droppin’ a new solo album entitled “G I R L”  on March 3rd 2014.

Also, he is NOT a Vampire! lol

The new LP will be his second solo project, following 2006’s “In My Mind”, and comes hot-on-the-heels of a very successful year for Pharrell Williams; besides his guest appearance on Daft Punk’s #1 Record “Get Lucky”,  he also produced 2013’s biggest selling single in Robin Thicke’s “Blurred Lines”, and his current single “Happy” is currently one of the hottest records in the country.

Regarding the new album Pharrell had this to say in a recent statement:

“When Columbia Records presented me with the opportunity to make an album, three things came to mind. One was the sense of overwhelming honor that I felt when I realized that they were interested in partnering with me on the album that I had always dreamt of making. Two, it would have to feel festive and urgent. And three, I instantly knew it would be called G I R L. I hope you like it.”

And for everybody out there wondering how Pharrell has managed to keep his youthful appearance even now at age 40, good news: He is NOT a blood-sucker! lol. In reference to the numerous memes circulating throughout the Internet, he had this to say recently in an interview with Time Out Magazine:

Guest appearances include Daft Punk, Timbaland (who beat-boxes on “Brand New”) and Kelly Osbourne, among others. Adding even more momentum to his marketing push, Pharrell will also be singing his smash hit “Happy” at the Academy Awards the day before his album hits stores. Talk about a ‘good look’! Check out the Tracklist  & Album Cover for Pharrell’s upcoming album “GIRL” below, courtesy of the good folks at GoodFellaz TV. 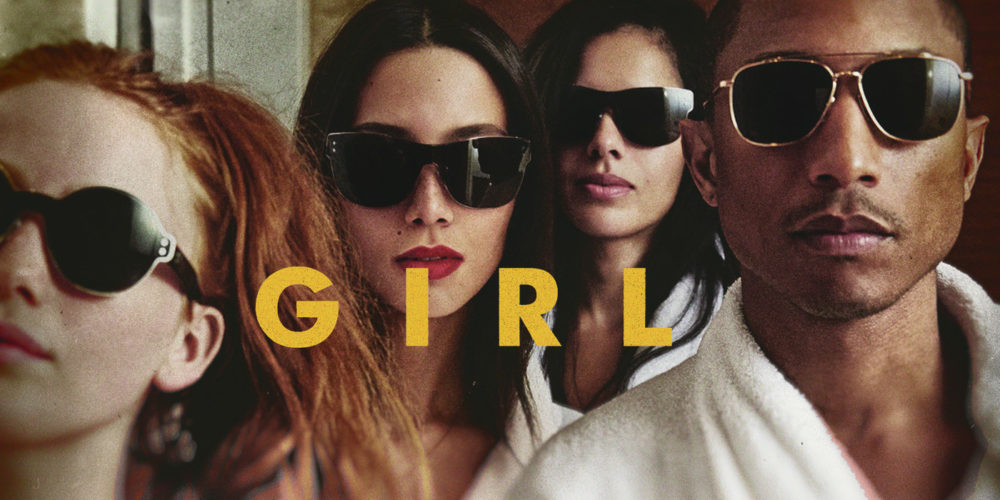