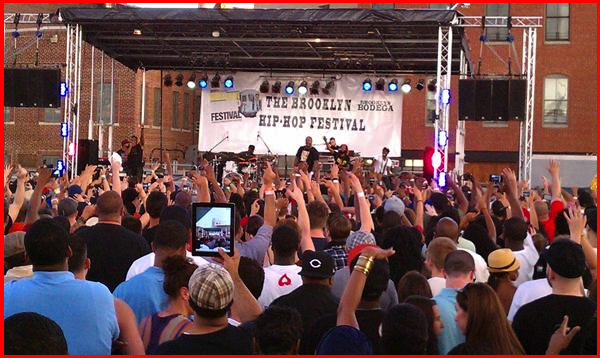 “Q-Tip and Friends”. That’s how this year’s Brooklyn Hip Hop Festival, an annual running urban festival comprised of music, graffiti, break-dancing, and more was labeled. The festival always had a reputation of bringing the best and most classic in hip-hop, but very few could have predicted the sharp turn that this year’s festival took.

It started out innocent, DJ’s all over rocking the stages and booths, opening acts proving they were worthy of being on stage, and a tall lineup that included Kendrick Lamar, Random Axe, and M.O.P, among many others set the tone as they got the crowd warmed up.

Once Q-Tip came on stage, he set the mood perfectly, hittin’ the crowd with his distinct mixture of singing and rapping, mixed with the soul, R&B, and funk that A Tribe Called Quest is known for. Then the classic Tribe “Scenario” joint came on. After 17 concerts, I have never seen a hip-hop mosh pit. Once again, that all changed when Scenario came on. In front of the suddenly awe-struck crowd, Busta Rhymes ran on stage and had the crowd going absolutely insane, with pushing, shoving, screaming, and of course Busta’s lightning fast flow and energized stage presence. 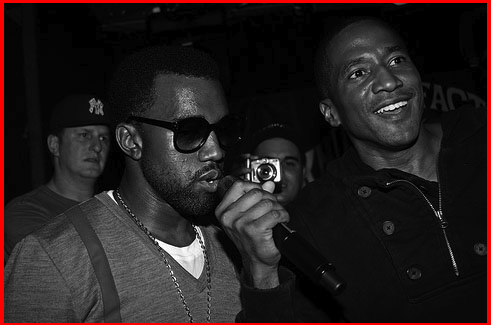 After the dust settled, (literally), people could be seen visibly wiping off their sweat off, but Q-Tip gave little time to recover. All the sudden the Kanye West “Dark Fantasy” beat came on, leaving people bewildered. This was much different from the Tribe’s flow or beats, and Tip isn’t particularly known for his free-styling capabilities, so what could possibly be the answer to Q-Tip’s “Can it be?” chants under the chorus?

And then it was, Mr. West himself walked out on stage, and ran straight into the MIDDLE of the crowd as he spit his verse, causing the already disbelieved crowd to erupt into even more of a frenzy. Finally, he hopped back onto stage and ran through classic joints including “Can’t Tell Me Nothing” and “All of the lights” before finishing off the show with Q-Tip to perform the Tribe classic “Award Tour”. Afterwards Q-Tip spoke to the crowd, saying about Kanye “I haven’t felt this strong about anyone since Dilla! I advocate for this man, he’s a good dude and he makes incredible music!”

And that was that, the most unexpected, incredible, yet cheapest hip hop festival of the summer thus far. However, after this year’s festival, “Brooklyn Bodega” knows it has to keep the momentum moving! Your boy already has inside scoop for next year, so keep it locked to GoodFellaz TV and make sure ya ass is there next year! Check out footage from the concert below.