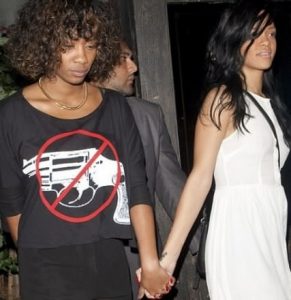 Rihanna went on her first date in almost 2 years?? With a woman?? If this isn’t a GoodFellaz TV #WTF Moment, I dont know what it…lol.. Well word-on-the-street is that everybody’s favorite “Good Girl Gone Bad” recently showed up at a classy restaurant on 4/20, hand-in-hand with gal-pal Melissa Forde, on an offical date.

Tweeting the play-by-play to her 17 million-plus Twitter followers, RiRi showed up at the uber-sheek Giorgio Baldi restaurant in Santa Monica, California with her “date”, and afterwards hit the club to get her dance-on. Rihanna was heavy on Twitter during the entire date, even going as far as ‘tweeting’ a pic of her and Melissa along with eye-brow raising comments including,

“My lover for the night.” 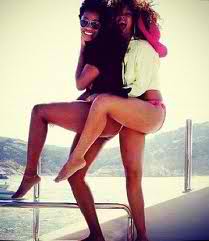 So has Rihanna decided to “switch teams” in favor of the opposite sex? And more importantly, who is Melissa Forde you might ask?? Well apparently Rihanna & her date are longtime best-friends, with Ms. Forde often acting as Rihanna’s personal assistant at times. They even have matching tattoos, which read “never a failure, always a lesson”, which they got together after the infamous Chris Brown controversy.

Who knows, maybe Melissa Forde even got some “birthday cake” later on that night. Check out picture of the ‘couple’ as they hit the town, and check out classic footage of Rihanna performing in NYC, only on GoodFellaz TV. 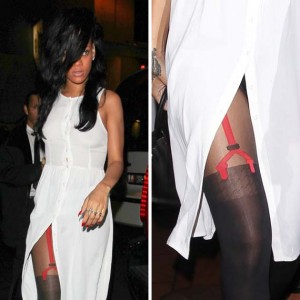