We all know that CD sales are slowing up with the rise of digital downloads, but can you imagine selling 30 physical copies of your album in your first week when you have features from 50 Cent, Diddy, Rick Ross, Jeezy, Jadakiss, and Cam’ron, just to name a few?

Well that’s exactly what happened to Brooklyn, NY emcee Troy Ave, whose independent debut album “Major Without A Deal” was released last week, and moved a total of 4,500 copies in its 1st week sales, exactly 30 of those being physical copies according to SoundScan. And these dismal numbers, despite a number of high-profile guest features, numerous mixtape releases, several XXL covers, airplay on several major NY radio stations, and even 2 Summer Jam performances under his belt.  Dissapointing much? Lol

After getting clowned on the internet, Troy Ave took to Twitter with this to say regarding his 1st week sales: 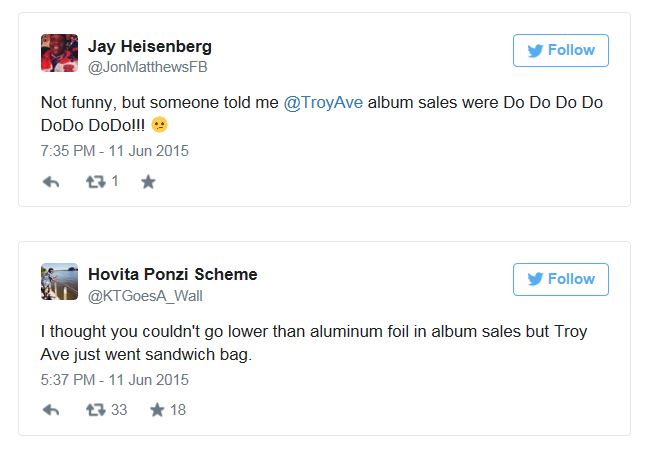 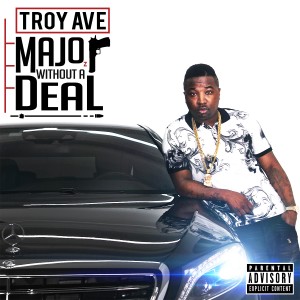