After much rumor and speculation, former Hot 97 personality Angie Martinez finally set the record straight regarding her move to rival NYC radio station Power 105.1 FM. Recently “The Voice of New York” sat down with Power 105’s morning show “The Breakfast Club”, where she talked about her decision to leave.

Interviewed by DJ Envy, Angela Yee & Charlamagne tha God during the morning show, Angie seemed right at home at her new work-place, casually chatting about topics ranging from her worst interviews to the ‘radio beefs’ between the two competing urban stations.

When asked about her decision to leave Hot 97, Ms. Martinez had this to say:

Honestly, it was time for me to grow and to do things. And there’s so much…I’m sure you all know, this company offers so much opportunity for growth. I want to be on in different cities, I want to be able to grow, I want to be able to have new challenges, see new things. I want to learn how this studio works…it was time. I feel like I’ve done what I could do in that company. I think my friendships remain. I never really subscribed to, cause somebody else works somewhere else we have to be enemies. Me and you [DJ Envy] always been cool.”

She also revealed that she will also host a afternoon show on 103.5 ‘The Beat’ in Miami, stating:

I wanna be on different markets. I wanna be able to grow.” 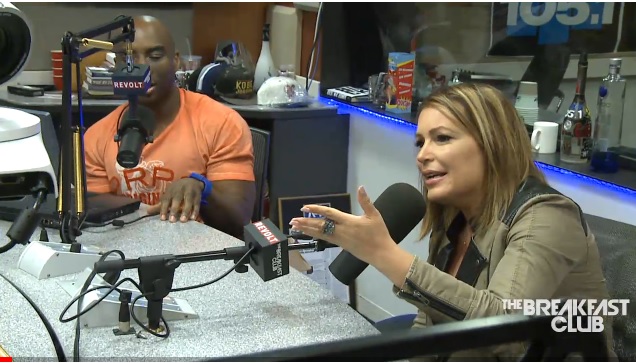 The interview comes hot on the heels of her bombshell announcement on June 18th, where the “Voice of New York” revealed via Instagram that she was resigning from the station she spent almost 25 years with. The caption on the posted Instagram photo stated:

Today I resigned from HOT97, I am grateful to the Emmis family for my time with the company and the immeasurable way that it has shaped my life. We made history together in so many ways and I will cherish those memories and my friendships forever.”

This was one of the toughest decisions I’ve ever had to make but ultimately it is time to move on, to grow and to be challenged in new ways. Saying goodbye is always emotional and bitter sweet but I am extremely excited about the future. Thank you HOT97 and most importantly….the listeners… for an unimaginable journey. Today will be my last show stay tuned…. Love, angie.”

The radio legend started out as an intern at Hot 97 at the age of 16, later hustling her way to her own show the “Afternoon Drive” which aired weekdays from 3-7 p.m.  She broke many future super-stars during her popular “Battle of the Beats” segment, and interviewed legends including 2Pac, Notorious B.I.G, Jay-Z, Nas, and many more during the span of her tenure at Hot 97. 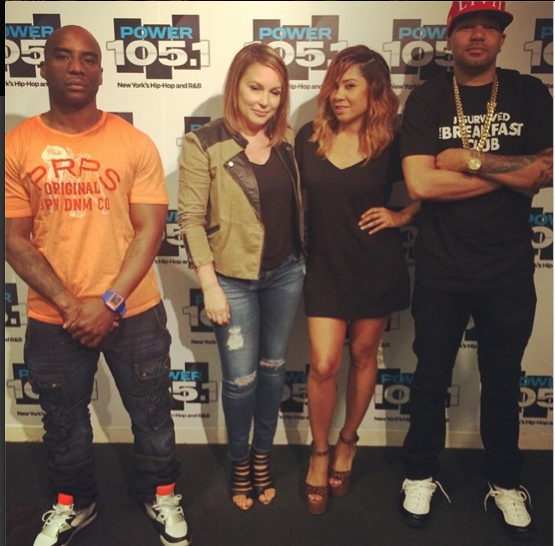 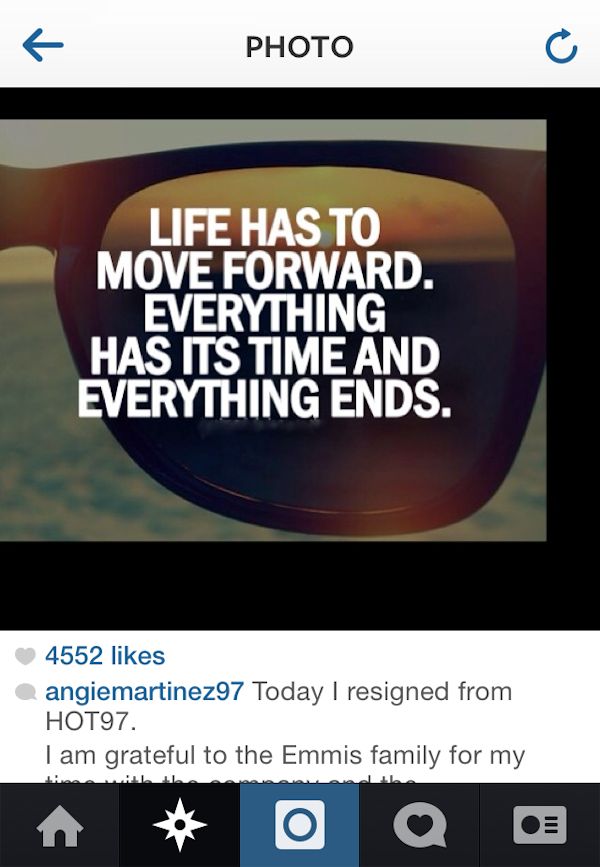 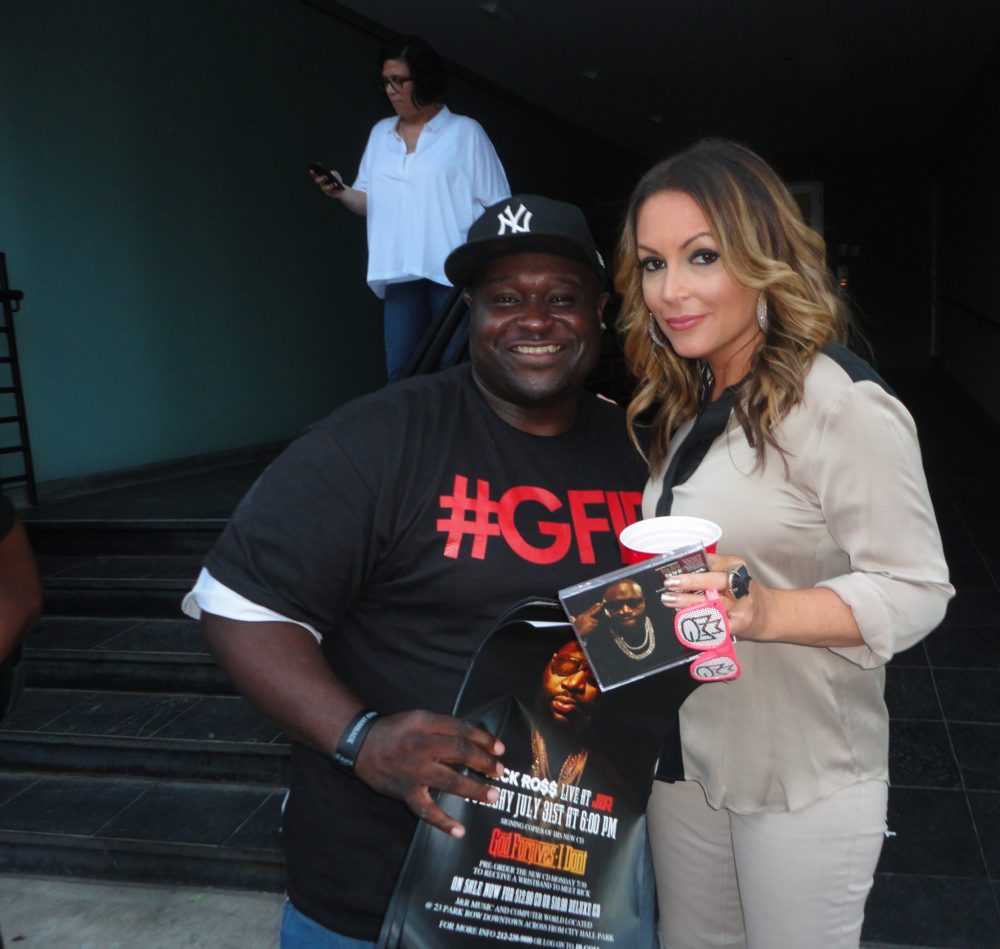