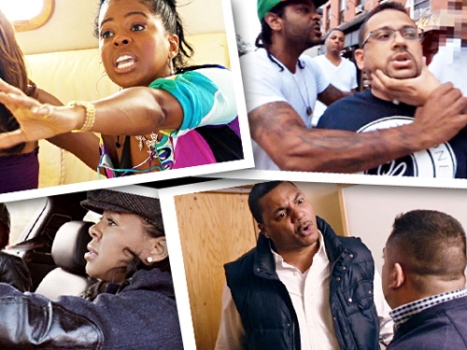 Recently, Miss Mekalia of GoodFellaz TV was in the building for all the nervous energy, arguments, tears and stage walk-offs during the filming of the “Love and Hip Hop Reunion Show” hosted by radio veteran Angie Martinez.  The show stars Chrissy, girlfriend of Jim Jones; Olivia, self -proclaimed dater of Darrelle Revis and former G-Unit singer; Somaya Reece, an actress and former video girl who is pursuing her music career; and Emily, the “girlfriend” that rapper Fabulous has never claimed publicly, and also, the mother of his son.

The set was small and intimate, allowing the audience to interact with all of the stars of the show and they did not disappoint their fans. In between takes, the ladies posed for pictures and engaged in conversations with the audience.  The show was explosive.  I can’t give away all the juicy details but here are few things that I know you won’t want to miss: Somaya and Rich (Dollaz, Olivia’s manager) have an all-out verbal war. Three people walk off the set. (One person storms off twice!) Angie tries really hard to get to the bottom of whether Olivia and Darrelle were actually dating in light of the tweet where he stated “No offense to Olivia but we are not dating.” And Mama Jones is still not having it!

The “Love and Hip Hop Reunion Show” airs tonight at 8 on VH1. In other related news, the Dip Set Capo Jim Jones recently cut off his signature braids; check out a pic of his New Hair Cut, as well as his Interview in the studio with Goodfellaz TV below. 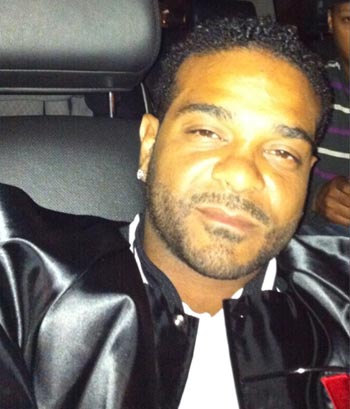 Hot Chick of the Week: Dressed to Kill: Check out Draya Michele and her Sexy Halloween Costume on GoodFellaz TV: #GFTV #HotChickoftheWeek