Coming straight out of the gates of the west side of Detroit Michigan comes a young inspiring MC with passion. He goes by the name of Big Sean and he’s ready for the spotlight with his debut album entitled Finally Famous. After a series of mixtapes which grew his fan base and enlarged his buzz over the course of the last 3 years, he eventually was signed to Kanye West’s G.O.O.D music/DefJam imprint. Now Big Sean is ready to show and prove why he is one of the best young artists in the game right now.

What I love the most about the “Finally Famous” LP is the production; I Want to state for the record that legendary-producer NO ID is one of the most underrated producers that hip-hop has ever seen. Big Sean gets right to the point and sets the tone for the album on the intro with lines like “I’m Still dreaming bigger than I’m living and just sleeping long enough to dream”. “I Do It” & “My Last” are his current singles, with Chris Brown singing a very powerful hook on the “My Last” Record. I Have 2 Favorite songs on the album: The first is “Marvin Gaye & Chardonnay” featuring Kanye West & Roscoe Dash, which was produced by Pop Wansel & Mike Dean. The second best song on the album in my opinion is “So Much More” Produced by No ID. Both these records should work on Urban Radio.

Overall I Love this Album , it’s an amazing album and truly shows the growth and potential of Big Sean. The only thing I didn’t like about the album is that some of his rhymes tend to get repetitive; I wish he tried harder with his lyrics. Truthfully speaking I think this album has the potential to compete with the other ‘big name’ releases that are coming out this year including the Jay-Z & Kanye “Watch the Throne”, Lil Wayne’s “Carter IV”, J. Cole’s “Cole World”, etc. I Highly recommend this album. 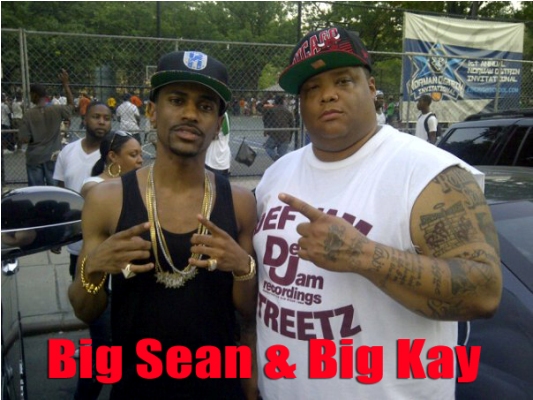