Comic Con has always been at the epicenter for all things super hero and comic book related. Over the past few decades however, this has grown to include movies, TV shows, video games, and even professional wrestling. This year was no exception. That’s why GoodFellaz TV decided it was time to take off the blazer, loosen up the tie, rip open our shirts and fly … to Philadelphia for the event. And it was quite the adventure; over the weekend the GoodFellaz ran into numerous costumed fans, zombies, storm-troopers, the “God of Thunder”, the WWE World Champion, and many more. Check out the mayham below. 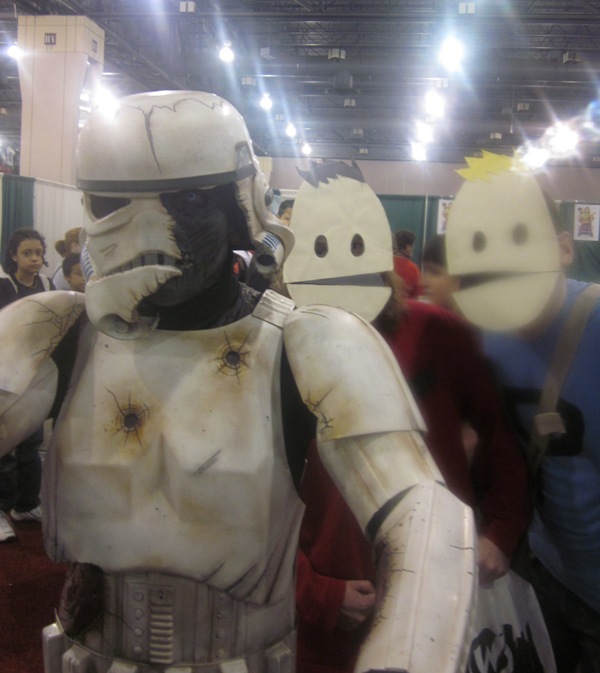 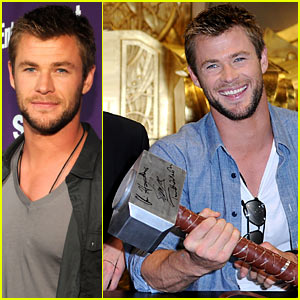 Christopher Hemsworth took Philly Comic Con 2012 by storm when “The God of Thunder’s”  Q & A filled up a theater sized room full of comic book fans, movie buffs, and love stricken fan-girls, alike. The Australian heart-throb is best known for his portrayal of Thor in the record breaking blockbuster “The Avengers”; however, “The Mighty Thor” was looking a little less mighty.

Hemsworth explained how he’s lost 30 pounds since the filming of “The Avengers”,  which is a good thing considering he’s currently filming “Rush”, a film following champion Formula One racer James Hunt, and as Hemsworth explained, “those [cars] can get pretty tight”. Chris went on to say, “it’s nice to play someone more grounded … someone without a hammer or and ax”.

The ax reference was towards his new film Snow White and the Huntsman, which was released this past the weekend. 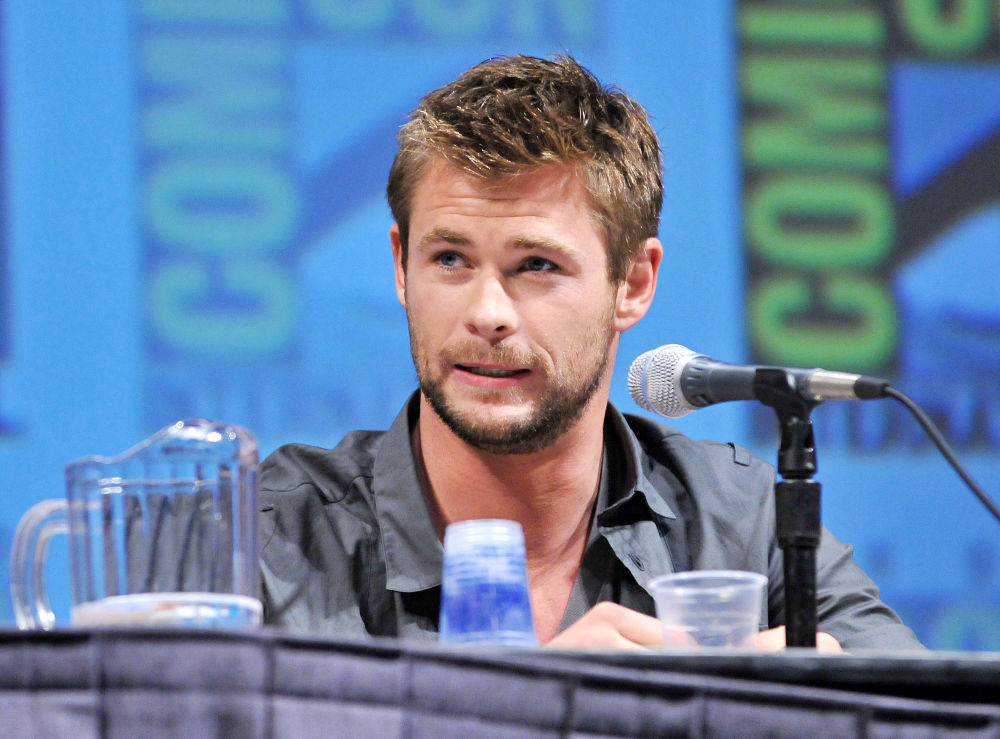 Hemsworth spoke about the trials of filming “The Avengers”, more specifically the ordeal of filming the falling indestructible glass prison scene. “I was getting whipped around like crazy” he explained, “then the stunt crew came in and jerry ridged me up to some harnesses”. Anyone that has seen the film knows the scene an could imagine the stress he underwent.

When asked if he used his real life relationship with his brothers to try and relate to the relationship between Thor and Loki, Hemsworth jokingly replied, “Yes, most definitely. I always tried to stop my brothers when they wanted to take over the universe”.

The Thor star also spoke about not reading comic books as a child but that he did follow “The Lord of the Rings” growing up and if he had to choose a favorite super hero, he said it was a tie between Superman and Batman.

During his Q&A Chris Hemsworth was asked many questions by his adoring fans but the most frequent was simply a request for a hug. Amazingly, no matter how many times he was asked for one, this mega star never hesitated once to come to the edge of the stage and embrace one of his fans. This left no doubt in the room that Chris Hemsworst was indeed, a Good Fella. 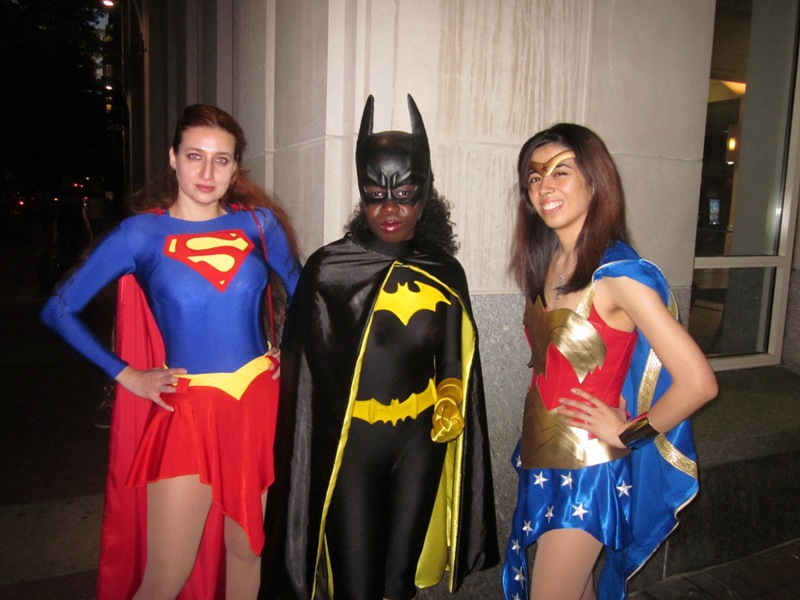 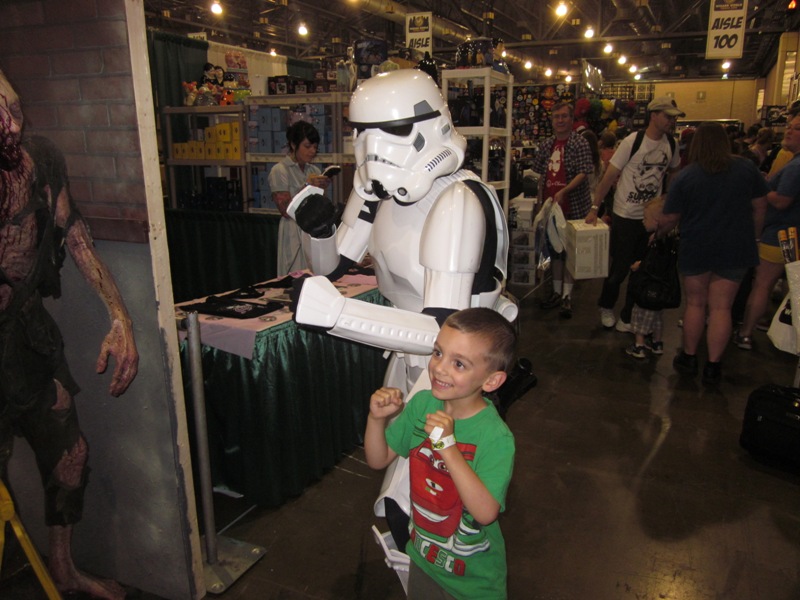 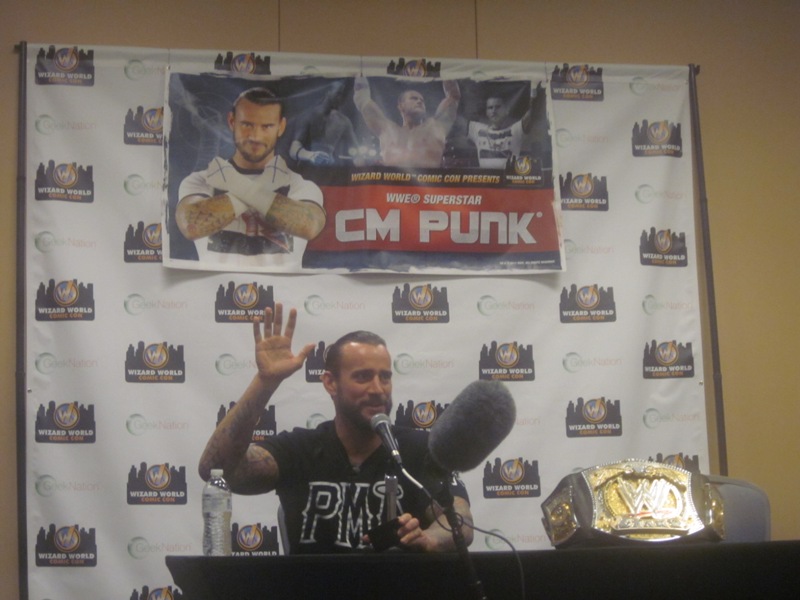 The WWE Champion CM Punk also made his impact felt at Comic Con. The professional wrestler is a long time comic fan and even worked at a comic book shop as his first job, growing up in Chicago. CM Punk (Phil Brooks) answered any and all questions the WWE Universe’s fans had to ask including: the possibility of a new belt to replace the obnoxious “Spinner” title, If he’d still like to fight Chris Brown, and the cover of “WWE 13” that almost wasn’t

CM Punk did confirm at Comic Con that a newly designed belt was on it’s way to replace the WWE’s current title (seen next to CM Punk), though he didn’t seem too enthusiastic about it. “There is a new title. I’ve seen it and I’ll probably get in trouble for say it but i don’t know it’s any better looking than this one”. We’ll just have to wait and see for ourselves. 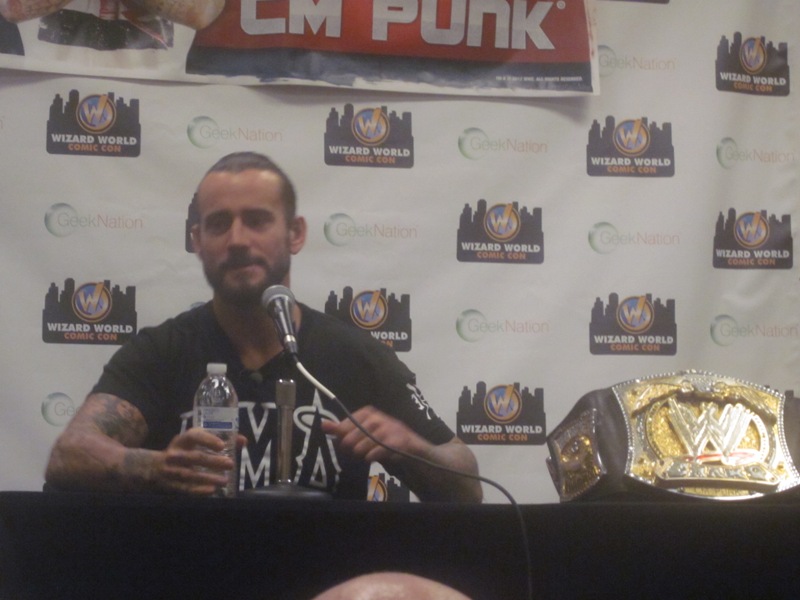 Later, CM Punk was later asked if he still wanted to fight singer Chris Brown. He replied ”Yeah, I still want to fight Chris.”  Punk and Brown got into a twitter beef after the World Champ tweeted “I would like @chrisbrown to fight somebody that can defend themselves” . CM Punk openly considers himself a feminist, so his Tweets calling Brown a “Coward” are not shocking either. Punk even ‘through down the gauntlet’ and made a short video challenging Chris Brown to a fight for charity. However at this time there has still been no response from Chris Breezy.

THQ releases a new WWE game every year and being selected to don it’s cover is the equivalent of an NFL player making it onto the cover of Madden. So for a wrestler to make the cover, it means you are big time now. This year THQ selected CM Punk to be one the cover but this might have not gone over so smoothly with WWE. It seems like WWE wanted someone else for the cover, but it was ultimately up to THQ as to who they wanted and they said, “no thank you, we’re going with Punk”. 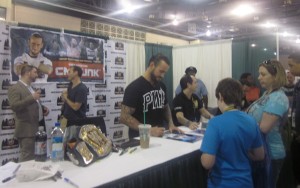 The WWE World Champ explained, “I’m still that guy. I’m always going to be that guy that the office is going to be like ‘ no no no, not him not him … what about this guy?” It’s nice to see CM Punk truly living up to him anti-hero personality.

In any case, CM Punk can be seen gracing the cover of WWE 13’ in October. 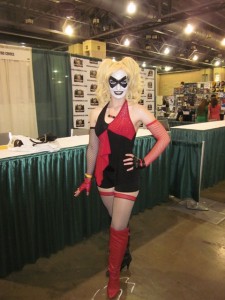 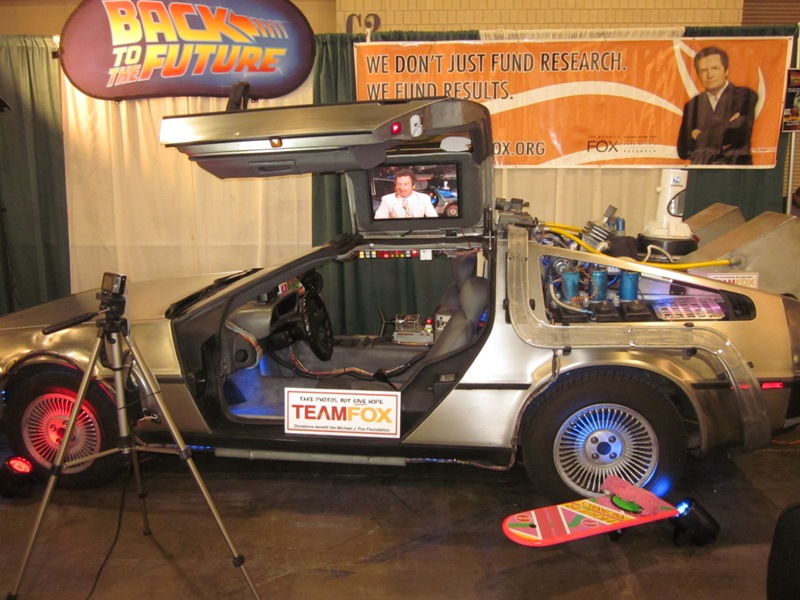 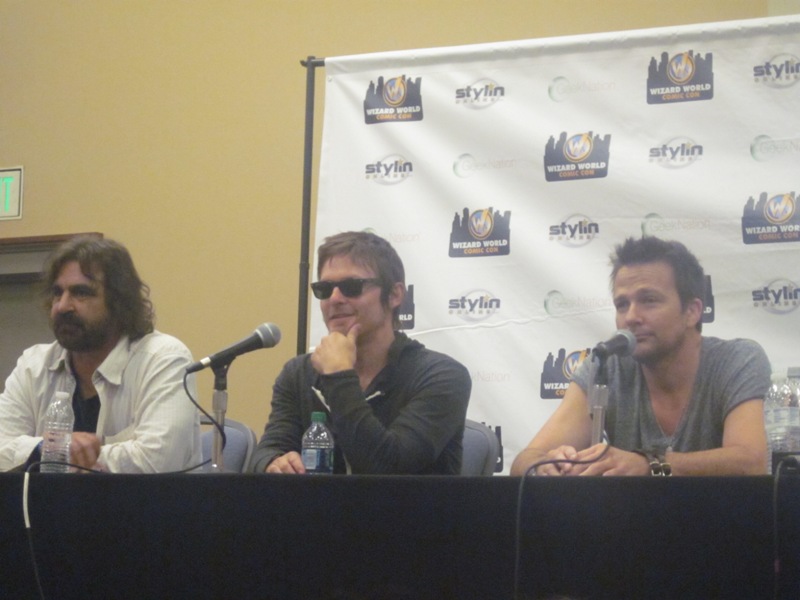 Another featured panel at Philly Comic Con 2012 was Norman Reedus and Sean Patrick Flanery, stars of the cult classic films “The Boondock Saints”,  who actually kicked the weekend’s festivities off with their Q & A Session. David Della Rocco also joined “the brothers”, completing the core cast from the first film. Together they discussed the film, the future of the Saints and even Reedus’ role on the hit TV show “The Walking Dead”.

The actors’ chemistry could be felt as the long time friends laughed and joked about the filming of the first movie. Reedus and Flanery discussed how badly they wanted to play the roles of the vigilante McManus brothers, when they first read the script in ’98. They also spoke about the campaigning it took to get these roles, “We had to beat out people like Mark Wahlberg and Keanu Reeves” Flanery explained. 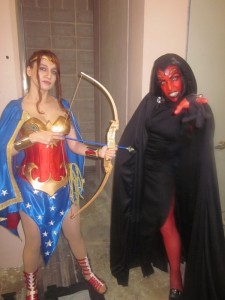 When asked about his role in the film, David Della Rocco modestly brushed the significance of his his character aside until Flanery announced that he thought Rocco was his favorite character in the film. “He’s got the best fucking lines in the movie, ‘I can’t buy a pack of smokes without running into 9 guys you f*#@^ed!”, Flanery screamed out, in his best Rocco impression. This finally got David to crack a smile and open up. David Della Rocco discussed how the role of “Rocco” was created especially for him. He also discussed Rocco’s surprise appearance in the second movie and his hopeful reappearance in the third. Flanery then asked the crowd “Whats a Boondocks Saints movie without Rocco?”

The future of “The Saints” was most definitely up for discussion. Flanery confirmed that the third film is currently being written, finally reassuring “Boondock Saints” fans that they won’t have to wait 10 years between films again. He also confirmed a video game adaptation of “The Boondocks Saints” is being planned for production and will be multi-platform.

The beauty of this cult classic film, is its loyal fans are just as responsible for the film’s success as the actors are and the boys of “The Boondock Saints” clearly came to show their appreciation.

Check out photos from Philly Comic Con 2012 below, courtesy of GoodFellaz TV. 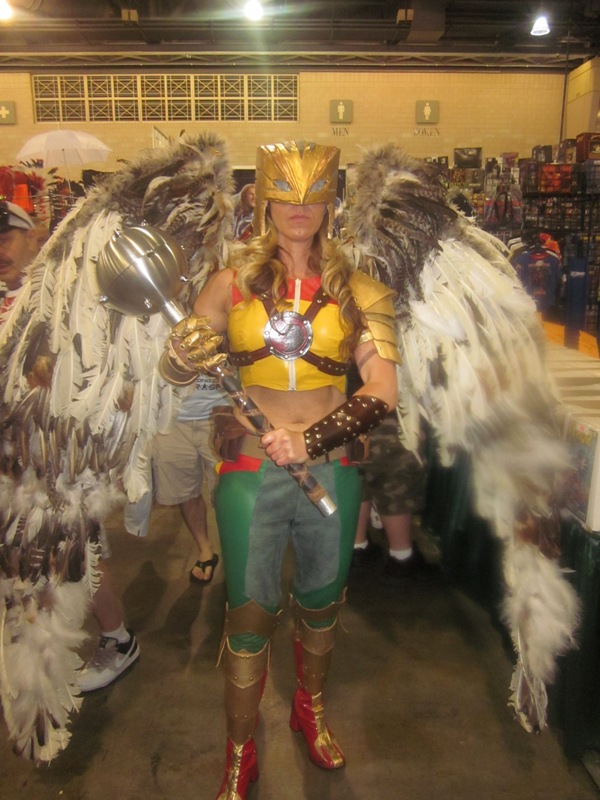 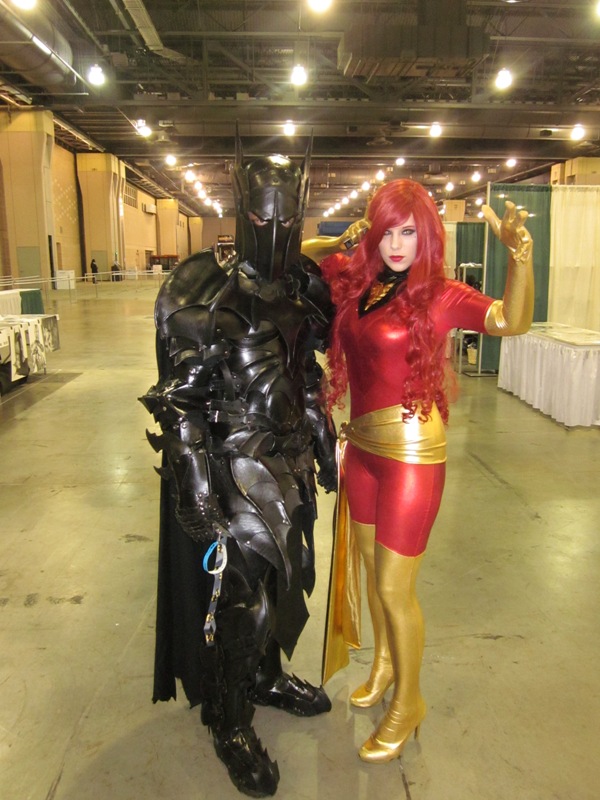 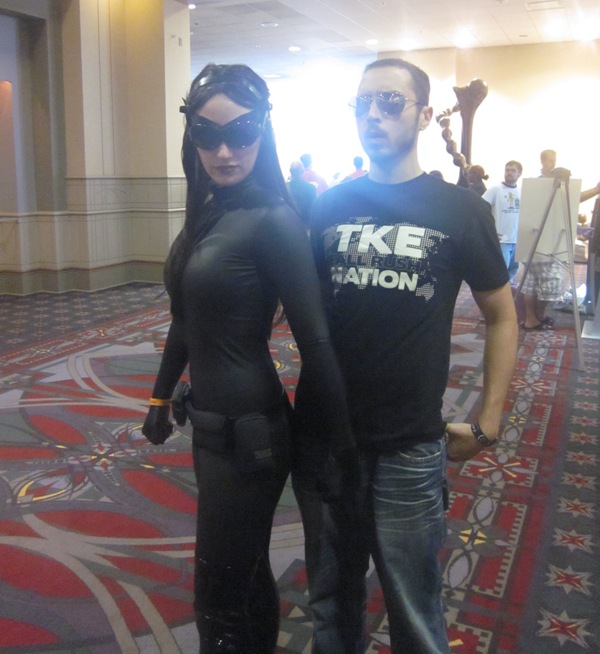 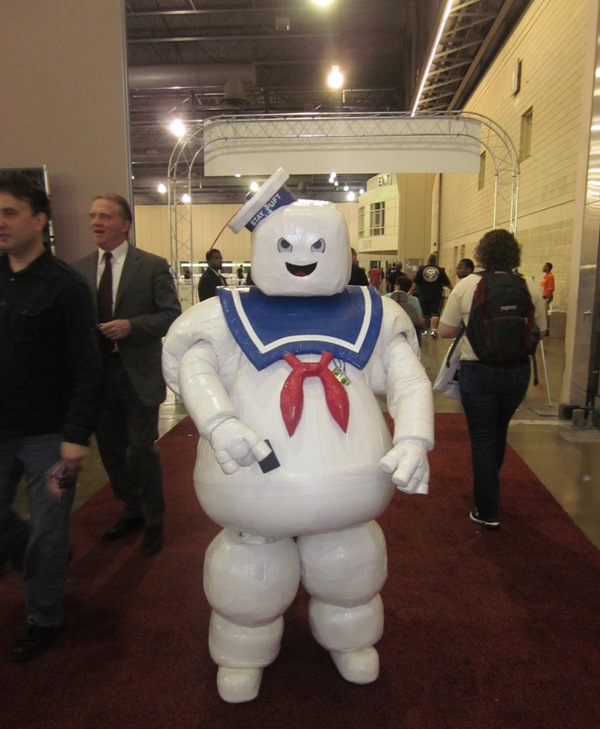 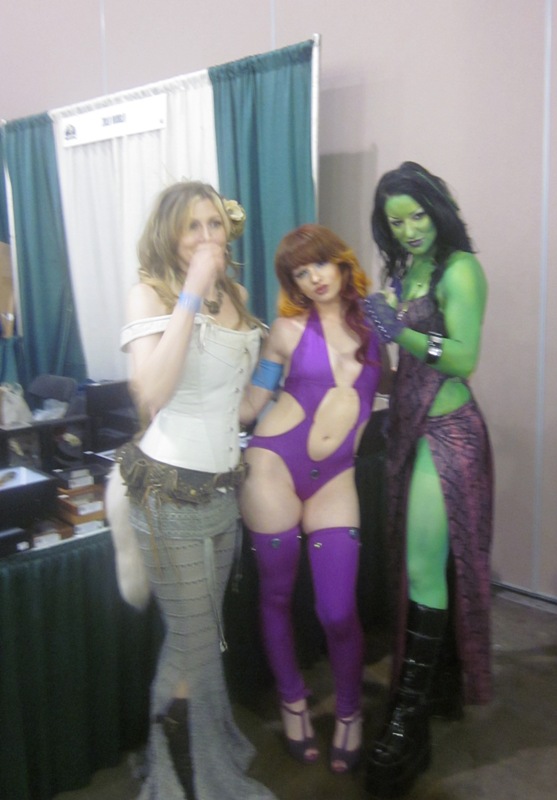 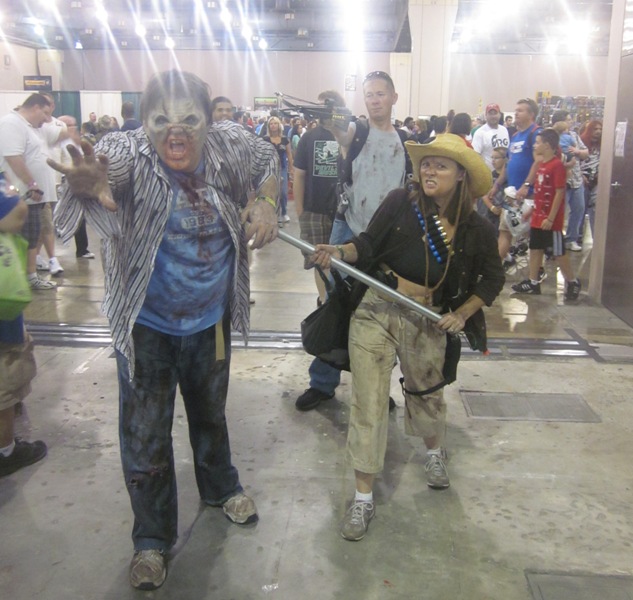 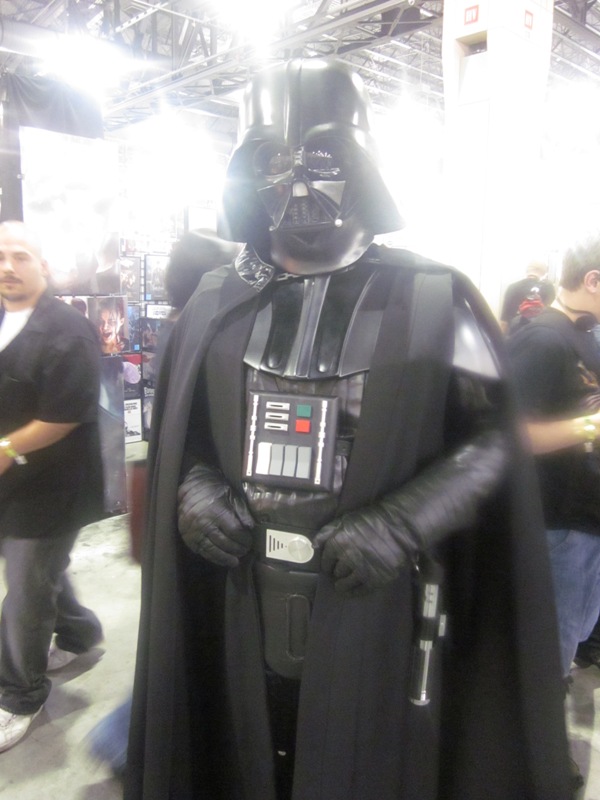 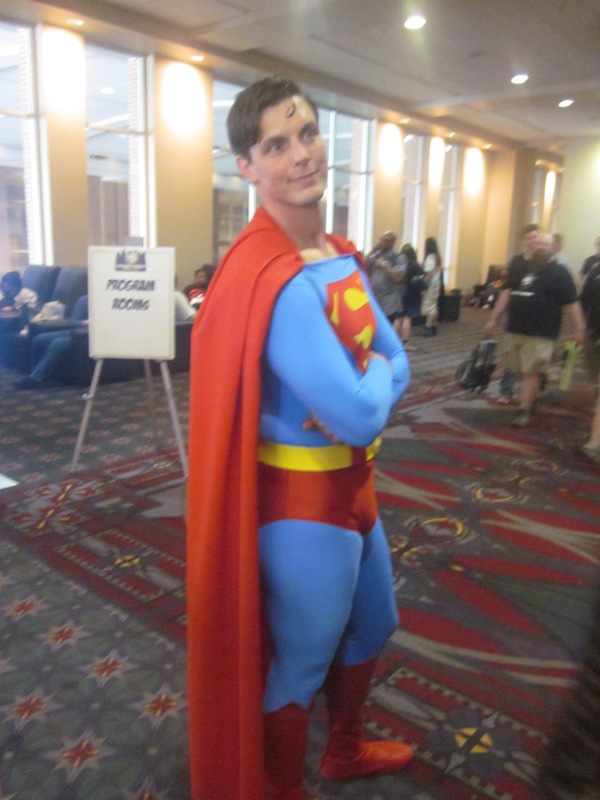