admin April 17, 2011 Comments Off on COURT RULING MAY MEAN PAYDAY FOR ARTIST 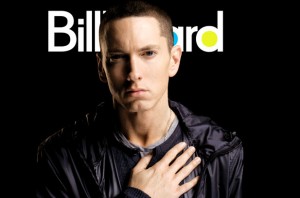 Pop Quiz: What’s the difference between a license and a sale? Give up?  Well…, it’s tricky. But for some artists, it could be millions of dollars.

Four years ago, the producers who discovered Eminem sued the Universal Music Group, his record label, because of the way his royalties are computed for digital music downloads. Eminem’s agreement, as with most artists’ contracts, states that he gets 50 percent of the royalties for a license but only 12 percent for a sale. The plaintiffs charged that a song downloaded from a digital music server should be treated as a license because the record label provides one single master copy that is then duplicated for the sellers’ customers.

Recently, the U.S. Supreme Court declined to hear an appeal, letting stand a lower court’s decision that digital music should be treated as a license. Although the case is specific to Eminem, theoretically, some of the biggest beneficiaries of the case may be thousands of older artists whose contracts were negotiated before record labels recognized the power of digital music sales.  The suit will have less of an impact on newer artists because many of their contracts make provisions for such sales.

Unfortunately because of this, many of the “older” artists on major labels these days tend to become less of a priority promotions-wise, since it is more profitable for the labels to push the newer artists with more favorable contracts. Notice the lack of promotion for classic hip-hop artists who dropped in 2010 such as Redman, Ghostface Killah, and Methodman ??

Currently, the suit is worth anywhere from $17 million to $20 million to Eminem said a representative who collects music on his behalf.  Universal, however, maintains that the decision is limited and that it has no bearing on any other recording agreement.  Music insiders are watching closely the outcome of other currently pending cases on this same issue.

According to Nielsen SoundScan, in 2010 there were 648.5 million downloads of “catalog” singles (songs more than 18 months old) in the United States. And with the internet and downloading becoming an increasingly popular means of purchasing music, look for this trend to continue in the future.