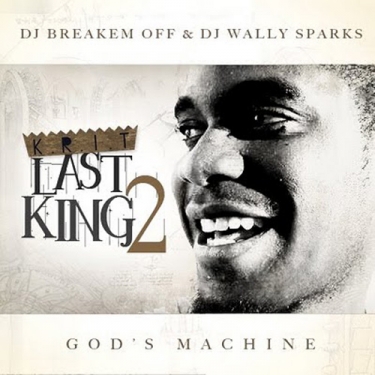 Get Familiar With Big K.R.I.T.

It is rare to find an artist who has both age and wisdom on his side. At just 24 years-old, Big K.R.I.T. possesses the musical intuition of an old soul. Hailing from Meridian, Mississippi, K.R.I.T. (born Justin Scott) grew up listening to early rhythm and blues records in his Grandmother’s house and later went on to discover songs by revered soul artists like Curtis Mayfield, Willie Hutch and Bobby Womack. It’s easy to detect these artists and rap legends who have influenced the young MC like 8Ball & MJG, UGK, Scarface and OutKast in K.R.I.T.’s own music which masterfully resurrects the rich heritage of Southern hip-hop in the 1990’s.

“I’m reintroducing a type of sound from the South that a lot of the newer generation doesn’t know about and reminding the older generation of what Southern hip-hop used to sound like,” explains K.R.I.T., whose stage name is an acronym for King Remembered In Time. “I was influenced by the third coast as far as Texas, Tennessee, and Atlanta so I was really trying to put all those sounds that I grew up listening to together to make a sound for myself.”

Big K.R.I.T. is the sole producer of his Cinematic/Def Jam Records debut album, Live From The Underground which serves as a testament to his multifaceted musical talent and overall artistic vision. His major label debut is being released on the heels of two critically acclaimed independent releases, K.R.I.T. Wuz Here (2010) and returnof4eva (2011) which featured Ludacris, David Banner and Bun B. In addition to receiving starred reviews from Pitchfork and Complex, K.R.I.T.’s growing popularity earned him a spot on the cover of XXL’s Freshman cover in February of 2011 placing him amongst the industry’s most promising newcomers.

“I feel like it’s extremely important that people get to know me on a personal level through my music,” says K.R.I.T. “This is my canvas, it’s my art and I’m really trying to paint pictures the way I see them. I’m creating compositions and not relying so much on 808s and snares. I’m really trying to make timeless music.”

Big K.R.I.T. grew up in a deeply spiritual family and spent a lot of the time in church as a child listening to sermons and occasionally performing in the choir. He started to write poetry and when he turned 14, he started writing lyrics and using his PC to record his first rap songs. “I used to play music out of my computer and rap into the microphone that was connected to a tape recorder,” remembers K.R.I.T. “It was like the most bootleg karaoke machine you could find. I went from doing that to actually trying to get in the studio. It didn’t become super serious until I started making beats and rapping which was around 2000. That’s when I really started to record and drop projects.”

Recording at the time under the name Kritikal, K.R.I.T. changed his name after graduating from high school and moving to Atlanta to pursue a career in hip-hop. He had some minor success as a producer and was able to sell some of his beats, but unfortunately it would be another couple of years until he was able to actually survive off his musical talent alone.

“I wasn’t really making money it was really difficult to survive,” says K.R.I.T. “My phone was shut off and I could only receive calls and one day I was walking down the street with some Ramen noodles and I was like man, I’m finna go back home and work on the railroad. Then, at the end of 2009, Jonny Shipes called me and he offered to work with me for six months with no paperwork.”

Shipes, whose company Cinematic Music is based in New York City, got straight to work with K.R.I.T. and within two months, the burgeoning rapper was able to record and release a series of songs and videos that caught the attention of major label A&Rs. Def Jam’s Sha Money XL, who is responsible for managing the careers of 50 Cent and the G-Unit Records roster, expressed a strong interest in Big K.R.I.T. In the spring of 2010, Sha Money signed the Mississippi MC to Def Jam. “Sha reached out because he heard all of the buzz and the music,” says K.R.I.T. “He definitely believed in me and wanted to be part of our movement. We chopped it up and really figured out the best way for me to stay organic and be myself as an artist.”

In May of 2010, just a month after signing with Def Jam, K.R.I.T. dropped Krit Wuz Here which lead to stints opening up for Wiz Khalifa on the Wake & Bake Tour and co-headlining The Smokers Club Tour with Curren$y. In March of this year, K.R.I.T. released his most downloaded project to date, returnof4eva which he recorded as an homage to the type of music he grew up listening to. “Returnof4eva was me being more country, more Southern, more gritty,” he says. “I really wanted to showcase that I could go back into the studio after signing the deal and drop music that was cohesive. I think a lot of people thought Krit Wuz Here was a fluke, so returnof4eva was my way of building up confidence in my supporters and getting them to go out and buy my album.”

With his first studio album, Live From The Underground, K.R.I.T. stays true to his winning formula. He does so by producing a collection of records that continues to build on the musical history of the South, while simultaneously showcasing his personal beliefs and background in an honest and open way. K.R.I.T. also called upon some of hip-hop and r&b’s heavyweights to bless the album including Anthony Hamilton, Big Boi, Melanie Fiona, Bun B, and 8ball & MJG. The wide-range of collaborations add bass, but also the soulful-harmony that give Live From The Underground its dynamic and exciting feel.

“I’m really taking people in-depth about my relationships and the morals I gained from my Grandmother,” he says. “I go out and do shows and see the type of impact my songs have so it’s important that I say something positive, something relatable. I’m going to touch on a lot of different topics, there will be a lot of uplifting music on there and a lot of music that inspires people to do more right than wrong.”

Confident with where he is as a man and an artist, Big K.R.I.T. is dedicated to creating songs for fans of the music he grew up loving. “I’m forever underground,” he says. “Underground for me is about being more for the people. I’m comfortable with where I’m at in my life and the music that I make. With this album, I really sat down as a producer and as an artist and constructed the best beats possible and came up with the best content possible. It just happens to be underground.”