Ain’t no such thing as half-way cooks…. lol

Recently the GoodFellaz attended the Prodigy “Commissary Kitchen: My Infamous Cookbook” book-signing event in Brooklyn, NY. Held at the popular Sweet Chick soulfood restaurant in the Williamsburg section of BK, those in attendance were not only able to purchase the new book from the legendary Mobb Deep lyricist, but were actually able to sample several dishes inspired by his cookbook as well.

Co-written by Prodigy & critically-acclaimed  journalist Kathy Iandoli, “Commissary Kitchen: My Infamous Cookbook” not only contains some truly unique recipes, but it also offers a glimpse into the harsh realities of prison life- especially when it comes to health and nutrition.

In the book introduction, Prodigy has this to say regarding his latest literary offering:

Check out photos from the event, along with a few of our favorite recipes below; and of course purchase the book as well. And remember where you heard about this first: GoodFellaz TV. 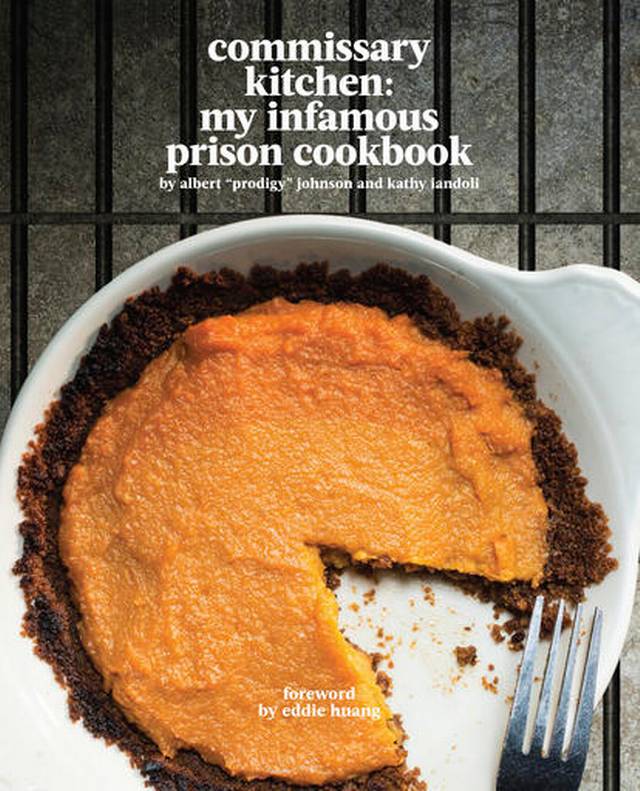 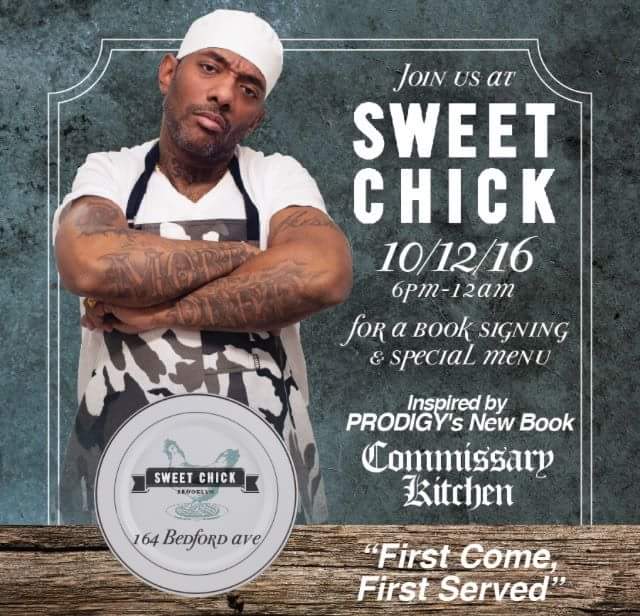 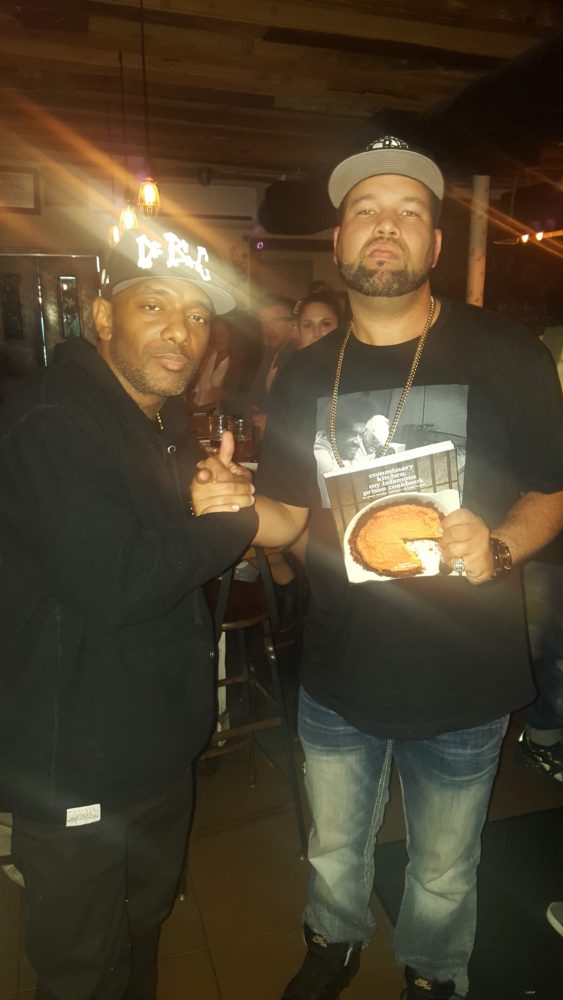 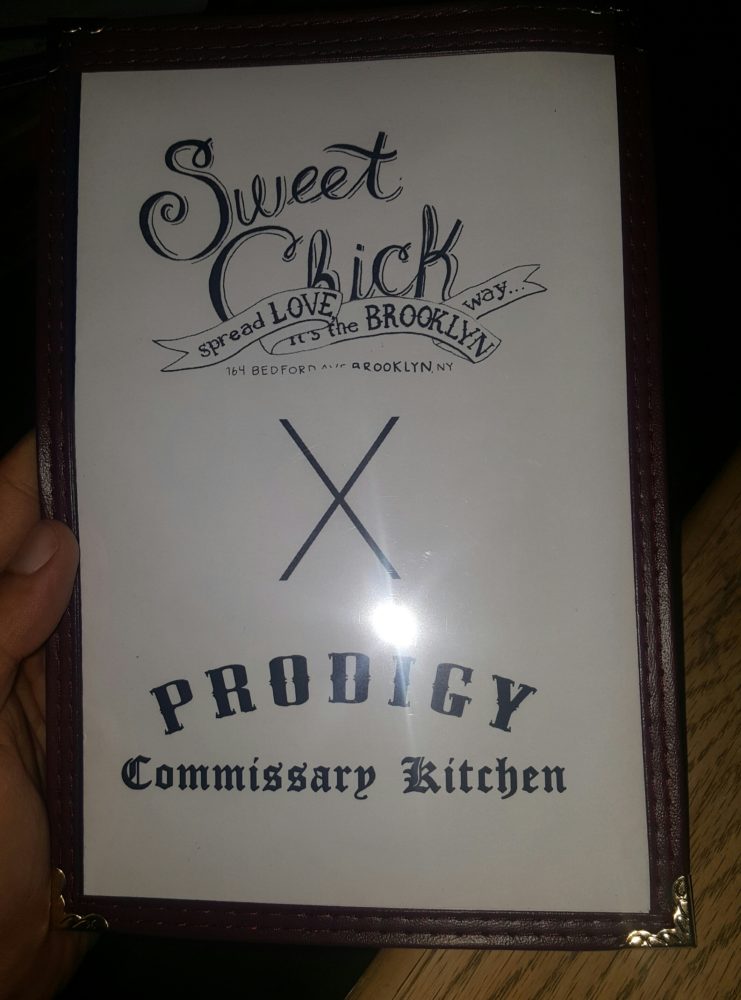 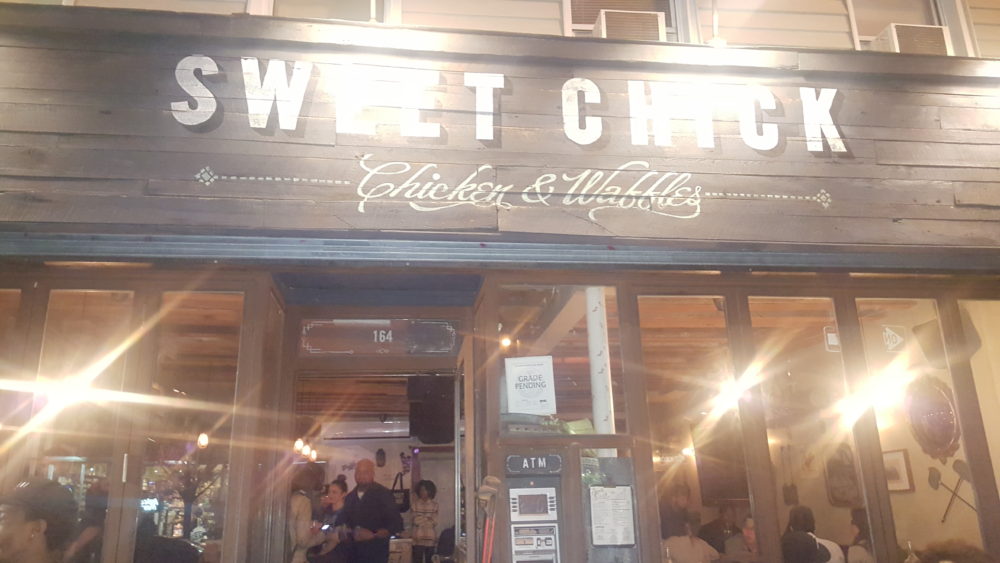 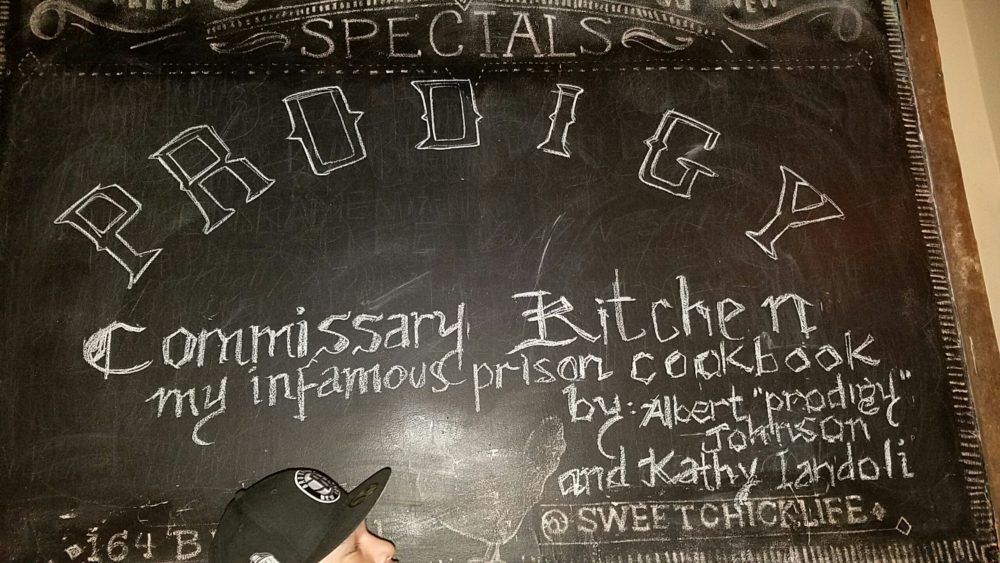 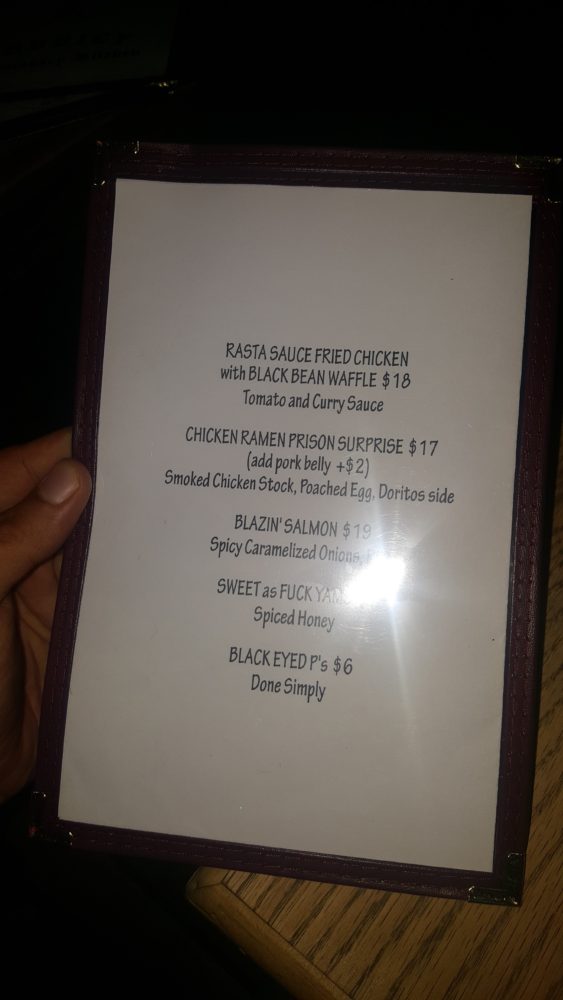 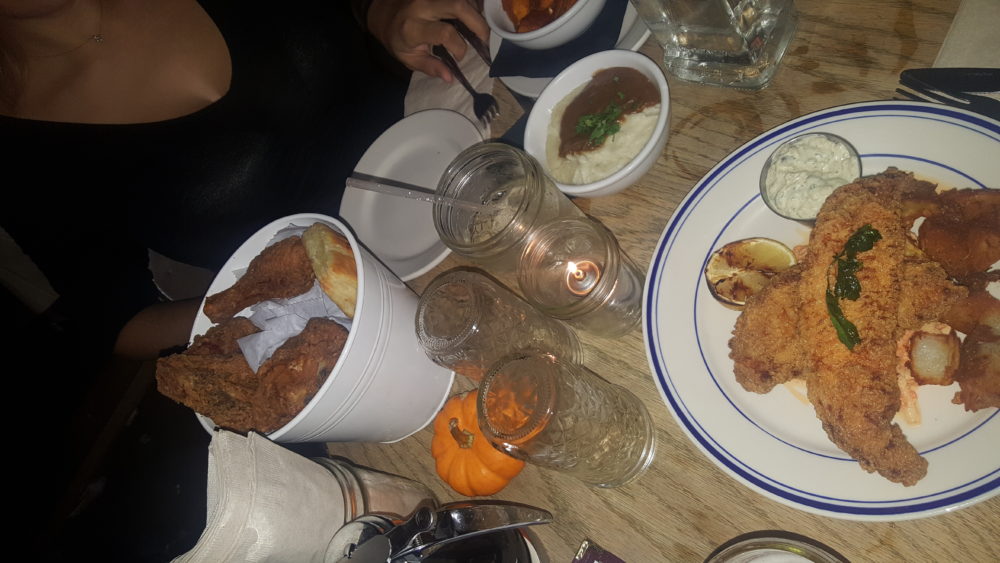 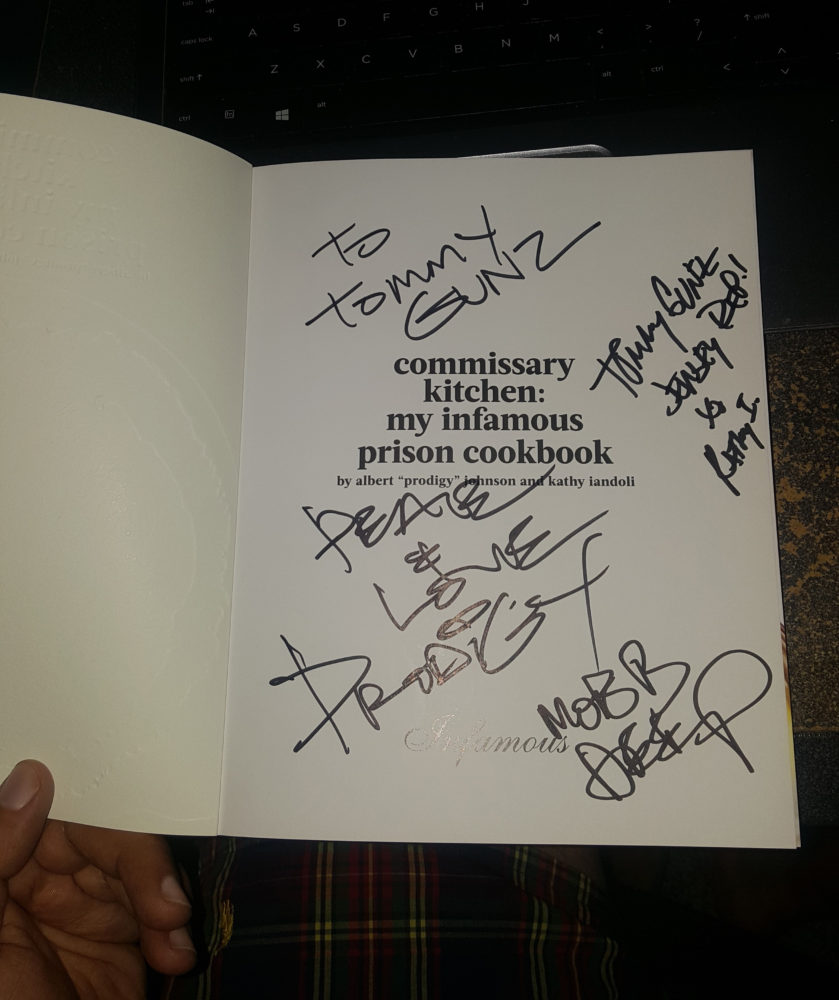 Meals are perhaps the most important aspect of prison life. They keep inmates alive, both physically and emotionally, as mess halls and common areas provide a level of social interaction in an otherwise lonely situation. Albert “Prodigy” Johnson served three and a half years in prison, and during that time his focus was on his health—an almost impossible feat behind bars, where many inmates often enter the prison system healthy, but leave with diabetes and hypertension. “Commissary Kitchen” provides a deeper perspective of what it’s like to consume meals in prison. While recipes are provided, Prodigy and co-writer Kathy Iandoli also tell various anecdotes about situations in prison involving food. Meal prep in prison is very limited, so while this work appeals to anyone who has served time or is curious about prison life, it also speaks to those who prepare food with limited access to various cooking luxuries (such as college students in dorms). While the work is informational, above all it humanizes the prison experience in a way that has never been done before.

Albert “Prodigy” Johnson is a multi-platinum recording artist and member of the legendary hip-hop duo Mobb Deep. In 2006, Prodigy was arrested for gun possession and served a three-year prison term. In 2011, he released his first memoir, the critically-acclaimed “My Infamous Life”. Since then, Prodigy has continued to release both solo projects and albums through Mobb Deep, touring worldwide. When he isn’t touring, Prodigy is traveling the United States, lecturing at venues like M.I.T. about the prison system and offering insight on changing the quality of inmates’ lives.

Kathy Iandoli is a critically-acclaimed journalist and author. Her work has appeared in publications such as Pitchfork, VICE, Maxim, Cosmopolitan, the Village Voice, Rolling Stone, Billboard, and many others. 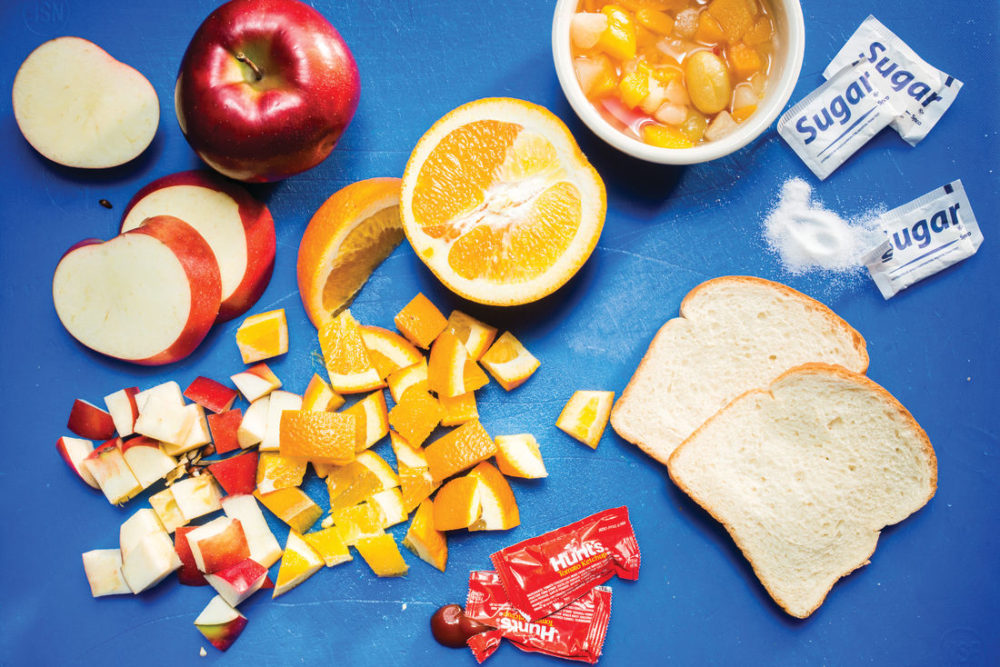 Directions: While much has been written about making hooch in jail over the years, P’s fine-tuned his recipe once he was released, unwilling to risk adding any more time to his sentence. Once you have your fruits, the rapper suggests putting it in a sealable bag, “mashing it together until it looks fucking disgusting,” and then letting it sit in a bowl of boiling, microwaved water. Finally, wrap the bag in a t-shirt and find a place to stash it.

Prodigy’s tip: “After a few days, the bag should start blowing up, which means gas in there and it’s becoming liquor. Open the bag a little and add some ketchup and a ton of sugar.” 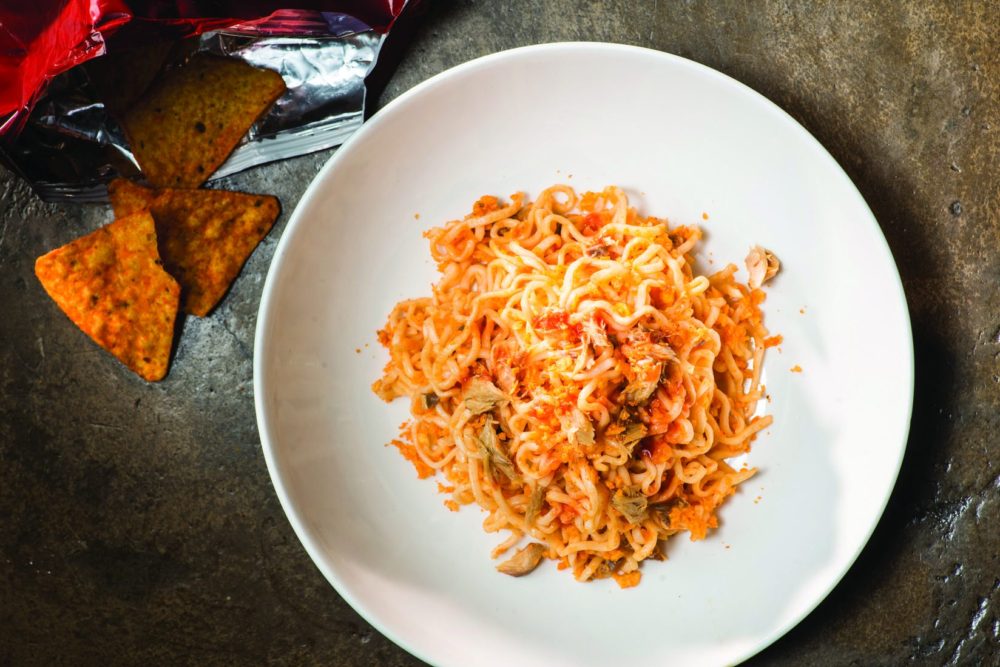 Directions: Though Chef Boyar-P is decidedly anti-ramen (too much sodium), prison surprise is one of the more legendary jail dishes around, and the rapper decided to bless us with a recipe all the same. Basically, the Doritos make a kind of cheese sauce once they’re crushed up and mixed in with the boiling noodles. The Jack Mack—or mackerel in a can—is rinsed off and placed on top of the noodles. 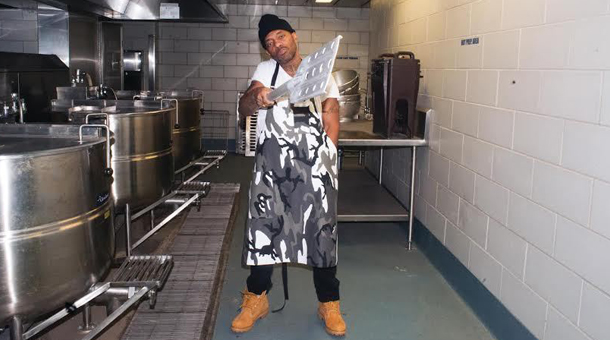