The hip hop icon, never afraid to push the boundaries, gave the world it’s first taste of his new album on Friday night by projecting visuals for his new song on 66 different buildings across the world. The new song, provacatively titled “New Slaves”, was projected in cities including New York, Toronto, Chicago, London, Paris and Berlin. Among some of the building targeted included Wrigley Field in Chicago, the Royal Ontario Museum in Toronto and the wall of a 5th Avenue Prada store in NYC, among other locations.

Featuring a Curtis Mayfield sample from the classic song “Don’t Worry”, the lyrics of the new record “New Slaves” are almost remeniscent of the “College Dropout” Yeezy, which touch on topics including racism and consumerism. The song opens up with the verse:

“My mama was raised in the era when/ Clean water was only served to the fairer skin.”

‘Ye also philosophizes about back-in-the-days when he was broke and not being able to “touch anything in the store”; and now that he’s rich, society is encouraging him to “buy more”, with lyrics like:

“What you want a Bentley, fur coat, a diamond chain/ All you blacks want all the same things.”

The New Album will be Kanye’s sixth studio album, and is rumored to be droppin’ on June 18th and entitled “Yeezus”. Stay tuned to GoodFellaz TV as more information on the New album becomes available. Check out the video of his song premiere below, as well as classic footage of Yeezy performing in NYC, courtesy of #GFTV. 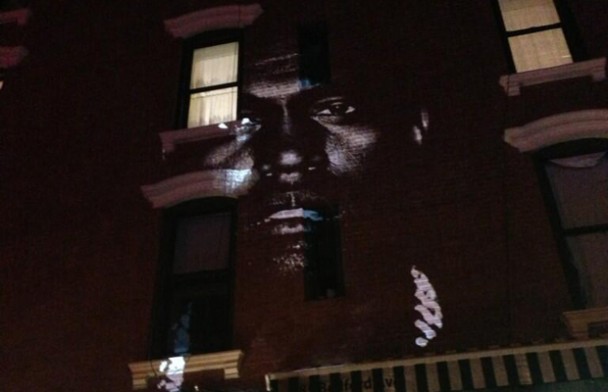