The numbers are in- and Kanye West’s elusive “The Life of Pablo” album was revealed to have been streamed over 250 million times in the first week of its release. The streaming service Tidal, which is currently the only place where fans can legally listen to Yeezy’s latest project, recently released data regarding its performance to the world 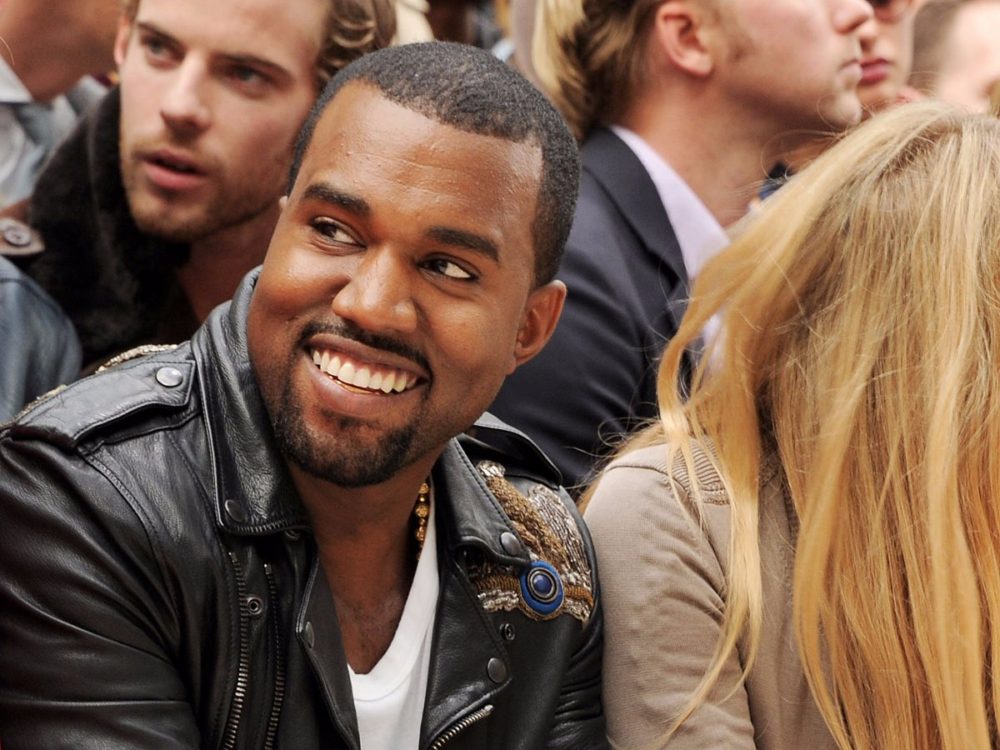 According to Tidal, “The Life of Pablo” accumulated more than 250 million streams in its first 10 days on the site. As of 2016 Billboard’s charts now include album streams in its sales totals (Every 1,500 streams now total 1 album “sale”), meaning Kanye’s latest LP streamed the equivalent of 160,000 copies.

Furthermore according to the popular file-sharing network TorrentFreak, “T.L.O.P.” was illegally downloaded over 500,000 times on its first day alone, which would have been the equivalent of an album going “Gold” had they actually been legal purchases.

Not long after its original release via Tidal and his website KanyeWest.com, ‘Ye announced on Twitter that he would no longer be making traditional CD’s, stating: 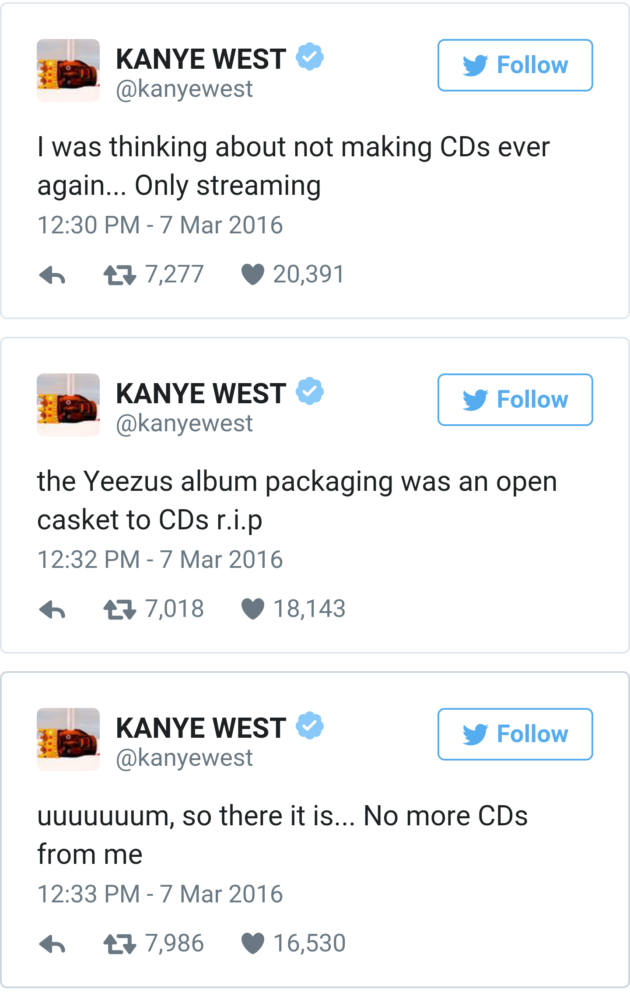 No word yet from either Kanye or his label Def Jam Records regarding whether or not that included vinyl or digital downloads as well; at this time “The Life of Pablo” is not available on iTunes nor any other digital marketplaces. Kanye’s previous album “Yeezus” sold 327,000 copies in its first week, debuting at #1 on the Billboard Charts. 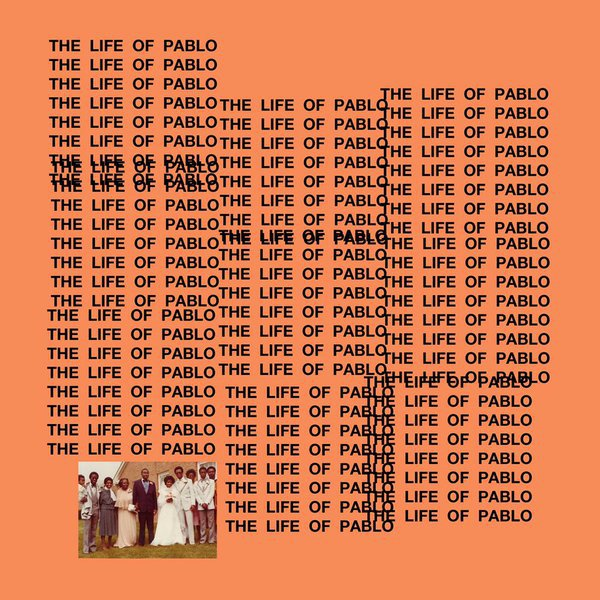 After the exclusive release of Kanye’s “T.L.O.P.” and Rihanna’s recent “ANTI” albums, Tidal saw an increase in subscriptions for its music service, announcing that it had reached 3 million paid subscribers. However compared to industry leaders Apple Music with 11 million and Spotify with 30 million subscribers respectively, they are still playing ‘catch-up’ in this emerging market.

Music streaming is now changing the face of the music industry. Check out the charts below to see the state of the music biz’ in 2016, courtesy of the good folks at GoodFellaz TV. 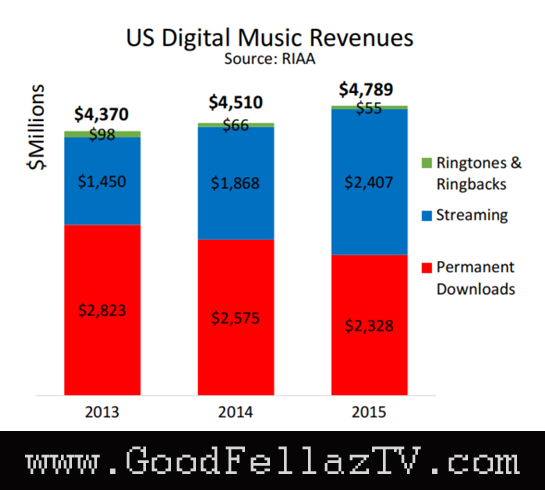 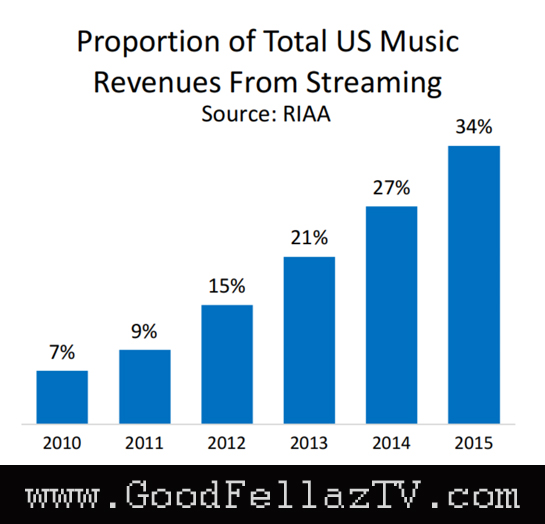 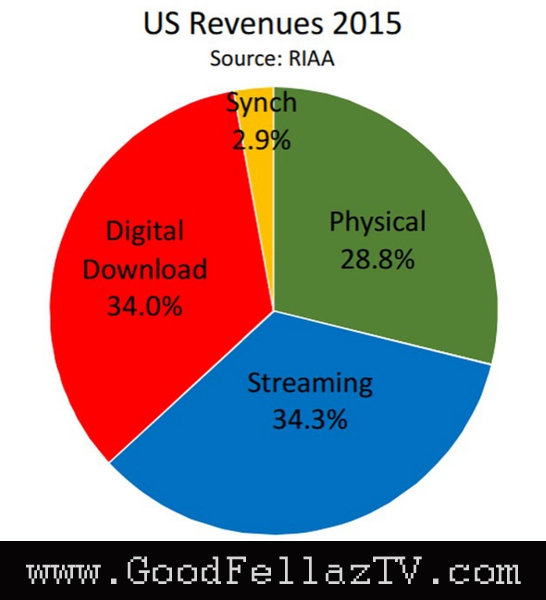