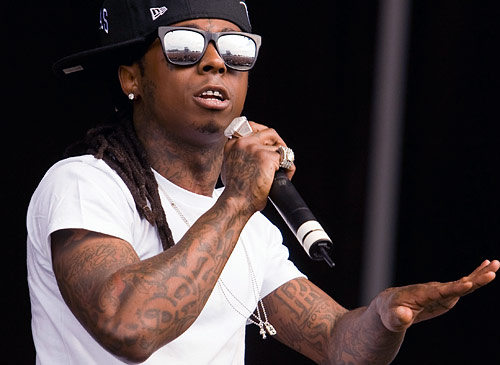 Well it looks like rapper Lil’ Wayne almost did “A Milli” in his 1st week. After finally droppin his highly anticipated “Tha Carter IV”, Lil’ Wayne has the # 1 Album in the country, selling an impressive 964,000 copies of his new album in its first week.

Lil’ Wayne’s latest release had the best-first week sales of any hip-hop album in 2011 thus far, sellling almost twice as much as the highly successful Jay-Z & Kanye West “Watch the Throne” album.  In 2011 only Lady Gaga has sold more albums in first week sales; her latest release “Born This Way” did 1.1 million copies in its first week. The success of “Tha Carter IV” almost compares to “Tha Carter III”, which moved just over 1 million when it dropped in 2008.

Featuring the hit single ‘How To Love”, “Tha Carter IV” became available for digital download soon after his appearance on the MTV Video Music Awards, and the physical CD was released two days later. Lil’ Wayne has been in the middle of controvery as well, after a record off his newest album “I’m Good” leaked, apparently taking a shot a Jay-Z. Check out the “It’s Good” track below. What do you guys think?