admin April 19, 2021 Comments Off on Long Live X! What was the Legacy of DMX in Music, Pop Culture & Life? #TheRecapWTheGoodFellaz

The World suffered a tremendous loss on April 9th, 2021 when Earl Simmons aka DMX passed away at the age of 50 years old. Suffering a crippling heart attack, the Hip Hop Icon was rushed to White Plains Hospital, NY, where he sadly passed after a week on life support.

A statement from the Simmons family stated:

Earl was a warrior who fought till the very end. He loved his family with all of his heart, and we cherish the times we spent with him.”

DMX ‘s music reflected his violent upbringing; full of anger, confusion, and grittiness, and spoken with a menacingly rough voice that captivated the attention of his audience. In  May 1998, DMX released his first album, “It’s Dark And Hell His Hot” , which debuted at #1 on the Billboard Charts and went on to sell over 4 million copies in the U.S. alone. 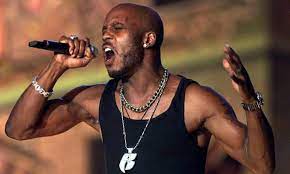 The multifaceted DMX was not only a talented rapper, but also had a promising acting career as well,  starred in several movies, including “Belly”, “Romeo Must Die”, and “Cradle 2 The Grave”, among others.

Since his passing, streams of DMX’s musical catalog have increased over 928%,  with over 75.7 million on-demand streams (audio and video combined) alone the day following his death. His single, “Ruff Ryders Anthem” shot back to #1 on the iTunes Charts that same week, with “Party Up” hitting #4, and “X Gon’ Give It To Ya'” taking the #7 spot.

Indeed, the impact of DMX- his music and his story, still can be felt throughout the world even in 2021.

But what exactly will be the Legacy of DMX in Music, Pop Culture & Life?

And for all our Hip-Hop fans out there- in his prime, was DMX the biggest artist in the game- even compared to other Rap heavyweights including Jay-Z, Nas, Redman, MethodMan and others from the late 90’s and early-2000’s??

The GoodFellaz answer these questions and more during “The Recap” w/ the GoodFellaz Show  round-table discussion featuring Tommy Gunz, Dav Noble, Big A, Shah Montana and Karev Yah. Check out the videos from the show below to see what we had to say about it. Plus, enjoy classic #GFTV DMX Concert footage  as well. Rest in Peace X !! 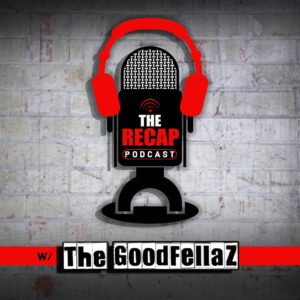 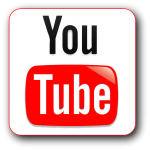