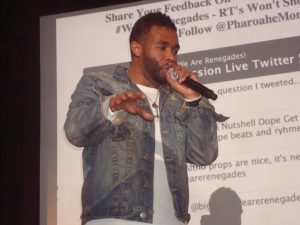 Recently GoodFellaz TV sat down with Pharoahe Monch @ New York University (NYU) for the premiere of his New Album “W.A.R.” and his New Video/Movie “Clap”.

“W.A.R.”, which stands for “We Are Renegades”, is the first album on his new record label, the legendary Duck Down Records. Speaking in the NYU auditorium in front of a select audience of DJs & Media, Pharoahe explained why he left his former record label Universal Records, and why he chose Duck Down Records. He also debuted his short film “Clap”, which is the current single from his album. The film was a critique of police brutality, and was inspired by recently events of police violence in the hood.

The CEO of Duck Down Records Dru Ha, as well as underground hip hop sensation Jean Grae also talked to the people in attendance, breaking down their role on Pharoahe Monchs New Album.

Check out the footage from the Movie Premiere, as well as his exclusive interview on GoodFellaz TV below: Remember, the New Album from Pharoahe Monch “W.A.R.” is IN STORES NOW!! Go get that, cuz The GoodFellaz SAY SO !! 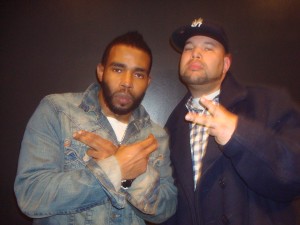