admin January 30, 2017 Comments Off on REVIEW: The Migos Do It For The “Culture”, Put On A Legendary Show In NYC

The Migos currently hold the crown with the #1 song in the country (“Bad & Bougie”), so naming their album “Culture” makes a lot of sense. On Friday, January 27th , it was time to see if they could translate that into a performance that met the GoodFellaz standard! Held at the world-famous Highline Ballroom in NYC, The Migos had a chance to make sure that the album wasn’t the only thing talked about.

The ATL-trio had already been making some major waves with massive shows in Nigeria and of course Atlanta, with video clips that looked like near-riots as opposed to a concert. And this show definitely lived up to expectations; it was  honestly an unforgettable experience where the term “concert” couldn’t even accurately define the madness you were stepping into. Long gone were the days of ‘head-knocking’ and the ‘lean back’; the new era of hip-hop moshpits, dance-trends, and leaving the show feeling like you just went to the gym was here, and it was time to see if The Migos could do the same in the ‘Mecca of Hip Hop’ aka New York City.

Perhaps it was the joint live-streamed venture with Tidal, but The Migos were surprisingly on-time for a hip-hop concert; the crowd was kept waiting only a little under an hour for the madness to begin. Before I get into specifics, allow me to mention that the GoodFellaz crew have been to some of the most turnt-up shows EVER; including legendary events like Tyler the Creator’s insane NYC show and Kanye’s “Saint Pablo Tour” concert, where the entire show was pretty much one big mosh-pit. However even we were impressed by The Migos show that night. Inside the much smaller Highline Ballroom venue, the crowd stood true fans, and EVERY SINGLE ONE was ready to leave ‘blood on the floor’ in the name of the party. We don’t just say that as just empty rhetoric either, I literally witnessed someone catch an elbow straight to the nose during “Kelly Price”, a new track off their album featuring  Travis Scott.

When you step into the building for ANY Migos show, you make an immediate decision: Step to the back and watch from the wall, or jump right into the action. From the literal intro, a sh*tstorm of drastic proportions hits you from every angle. Every elbow, every fist, everybody that can be thrown into you will. DO NOT GET IN YOUR FEELINGS. This is what a Migos show is about. The crowd at times even drowned-out The Migos themselves. THIS IS WHAT YOU SIGN UP FOR, and quite frankly, it’s something everyone should witness. It’s a high-octane, insane energy, that can literally shake buildings.

Zaytoven came out early at the NYC, adding to the fun by providing live keys and a soundtrack to the crowd that begged for more and more. I have always said that for a performance to be truly euphoric, a special guest was needed. While Zaytoven was not quite what I expected, it was absolutely one we didn’t know we needed; he kept the crowd hype until the main event.

And once The Migos hit the stage, the insanity truly began! When it comes to a good show pacing is important, because these fans DO NOT SLOW DOWN. From the Intro, to new tracks like “Kelly Price” and  “T-Shirt”, and of course their smash hit “Bad and Bougie”, the pace only picked up, the jumps got higher, and the ‘bows got stronger. If it sounds like a mob scene, it’s simply because it is. It’s a riot with a soundtrack. It’s an experience that you should absolutely take a moment to experience in your lifetime, or at least witness from the back wall.

If you’re gonna do a concert with a group this lit, Highline Ballroom’s 700-person venue is perfect to keep the action all around you like a Hype 3D movie. All-in-all, The Migos “Culture” Tour is on its way to a city near you, and with the all the crazy going on in 2017, nothing is more upbeat than a Migos party.

Want to see just how ‘lit’ a Migos show can get?? Check out classic performance from The Migos in NYC below, courtesy of the good folks at GoodFellaz TV! 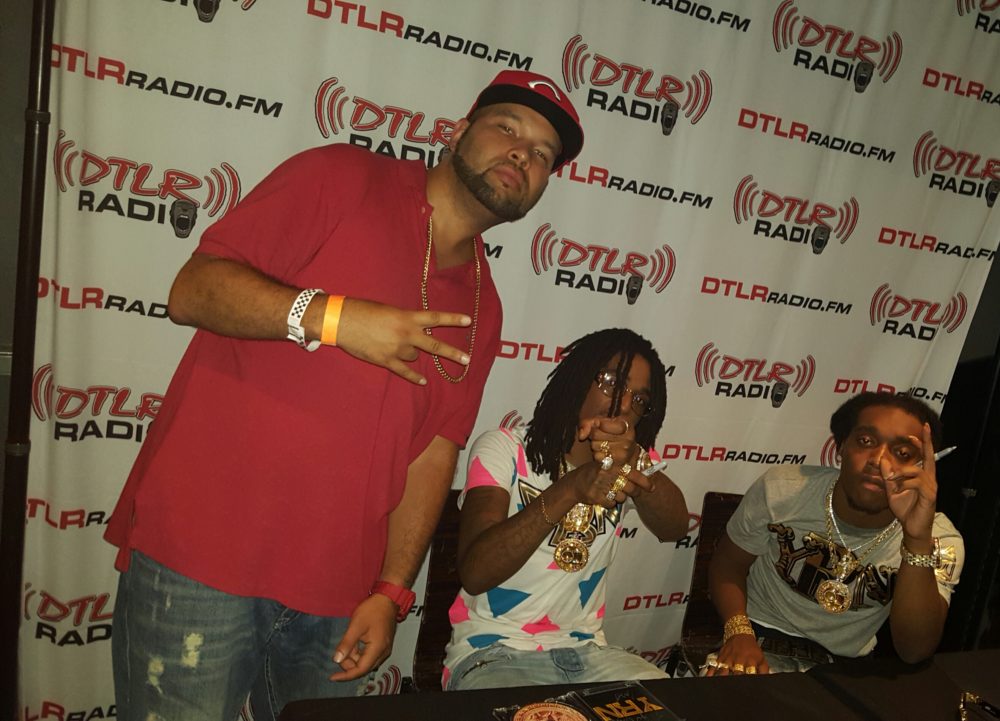