Missy & Timbaland, Bone Thugz Set To Re-Unite At “Rock The Bells” 2012, Check Out The Full Line-Up On GoodFellaz TV

admin May 17, 2012 Comments Off on Missy & Timbaland, Bone Thugz Set To Re-Unite At “Rock The Bells” 2012, Check Out The Full Line-Up On GoodFellaz TV 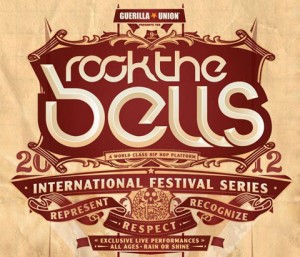 The summer is almost here, so you know it’s about that time. The mega-popular “Rock the Bells” 2012 Lineup has been released, and it’s shaping-up to be another classic show! Scheduled to go down September 1st-2nd at the PNC Bank Arts Theater in Holmdel, NJ, this year’s event promises to bring today’s newest superstars and numerous hip hop legends together for one legendary show. 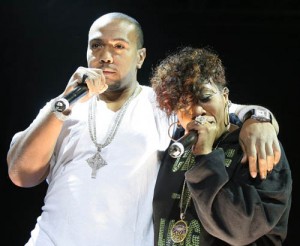 After several years, both Missy Elliot and Timbaland will finally be performing together again, Bone Thugz-n-Harmony are set to re-unite on stage, and a diverse blend of hip-hop heavyweights including Nas, Method Man & Redman, Naughty by Nature, Wiz Khalifa, Kendrick Lamar, A$AP Rocky, Dip Set, Ice Cube, Lupe Fiasco, J. Cole, E-40, 2 Chainz, Tyga and MANY more will be performing as well! It is also rumored that several other BIG acts will also be announced in the upcoming weeks, Tickets on-sale starting May 19th at 10 AM. Stay tuned to GoodFellaz TV and Rockthebells.com for the full lineup and special ticket giveaways. 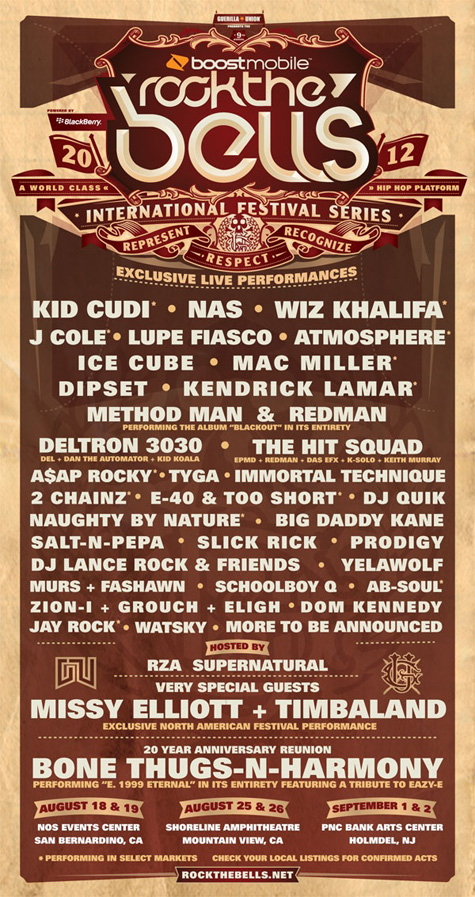 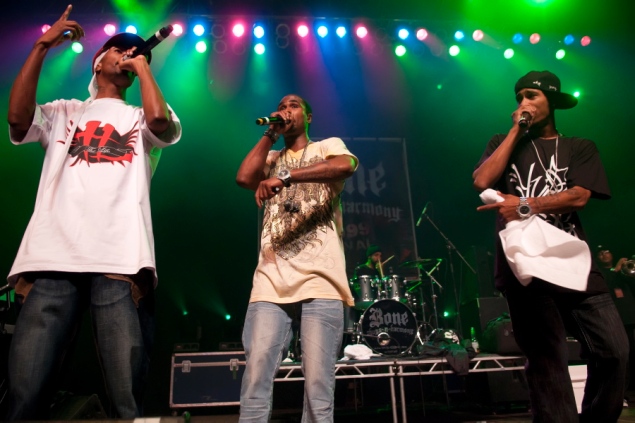