Marvel has been killin’ it at the box-office lately with its two biggest franchises: The Avengers and the X-Men. Fresh off the success of the “X-Men: Days of Future Past” and “Captain America: The Winter Soldier” films, the powers-that-be a Marvel Comics have decided to bring the two teams together for the cross-over mega-event  “Avengers & X-Men: AXIS” this fall. Talk about a comic book geeks dream. 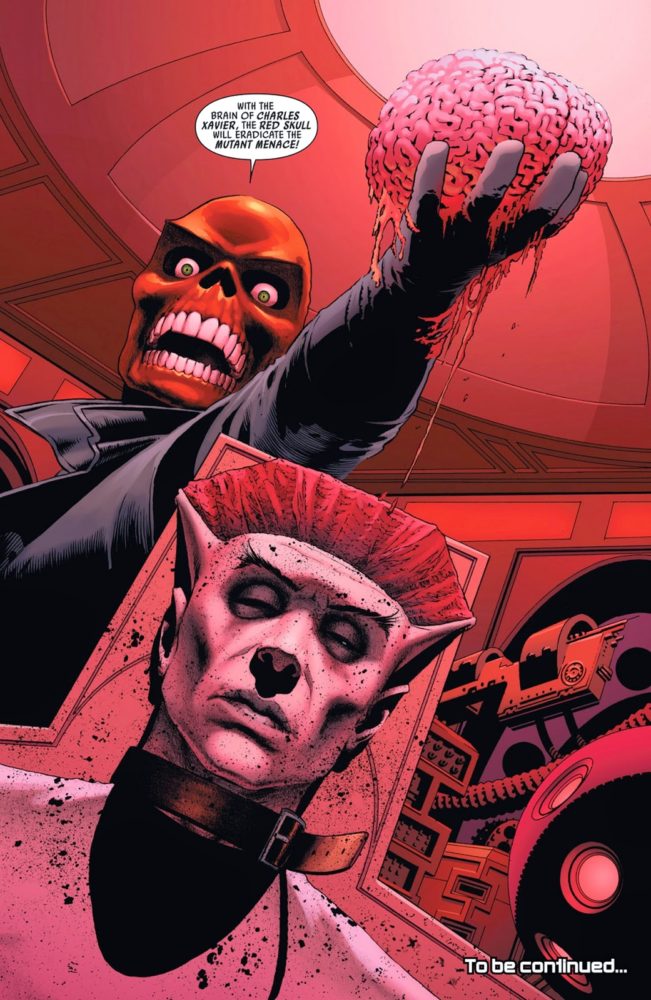 This new event won’t be the first time to two super-hero teams have encountered one another; In 2012 Marvel brought the franchises together for their successful “Avengers vs. X-men” series, which involved the return of the Phoenix and the death of Professor X– at the hands of team-leader Cyclops no less- and literally changed the Marvel Comics universe. Although little has been revealed at this point, word-on-the-street is that this latest 9-issue saga involves long-time Captain America villain Red Skull, who recently stole the BRAIN of the deceased Professor Charles Xavier and had pieces of it surgically inserted into his own brain- granting him formidable telepathic powers. It also apparently features some if the Marvel U’s deadliest villains according to the released promo artwork.

In a recent interview with USA Today, Marvel Comics editor Tom Brevoort had this to say regarding the upcoming Avengers/ X-Men series:

“[The series is] kind of a Michael Bay movie. [It’s] big and spectacular and has a ton of full-out bombast. [There’s] a whole lot of heart that focuses on these characters’ interpersonal relationships.”

During that same interview A&X: Axis writer Rick Remender warns readers  that this newer and more powerful Red Skull is:

“…a threat that is ultimately too big for [the Avengers and X-Men] to contend with even working together.”

Be on the lookout for the 9-issue “Avengers & X-Men: Axis this fall. Stay tuned to GoodFellaz TV for all the latest spoilers and plot-undates. 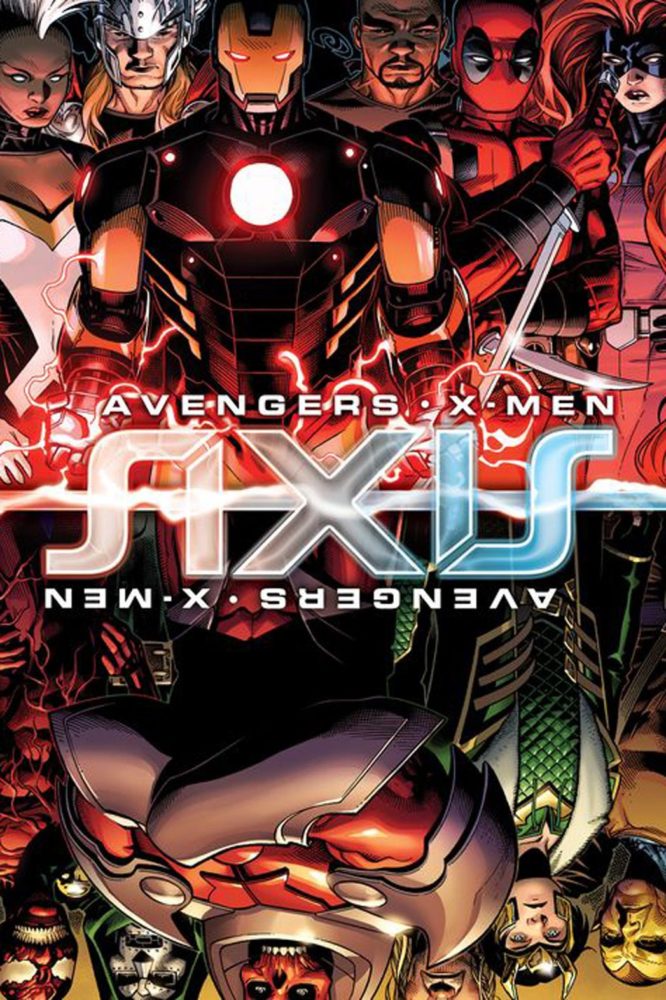 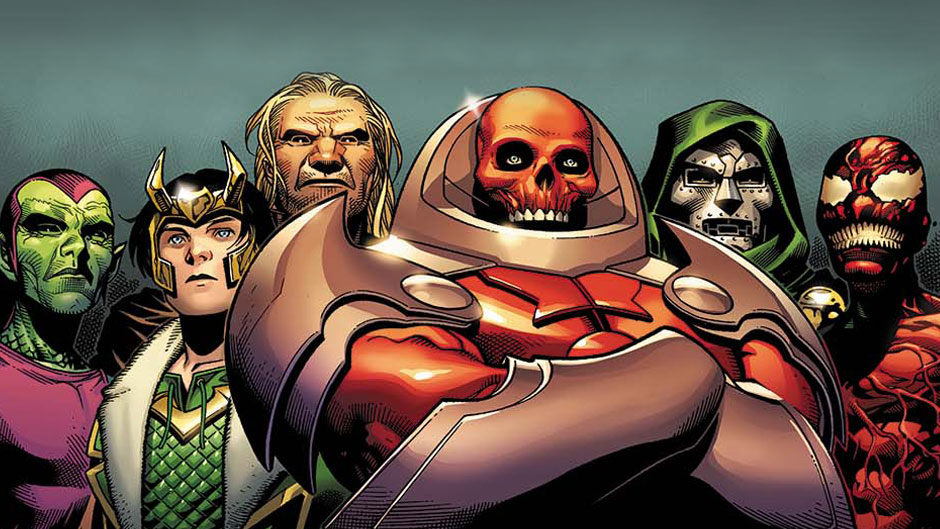