On February 26th, 2012, a young Black man by the name of Trayvon Martin was pronounced dead in Sanford, Florida.  The gunman, a neighborhood watchman with a violent history by the name of George Zimmerman.  Since then, this country has been spitting in the faces of, not only Martin’s family, but people of color.  This case brings to consideration this country’s double-standard when dealing with race relations.  How little is a black life really worth to America? 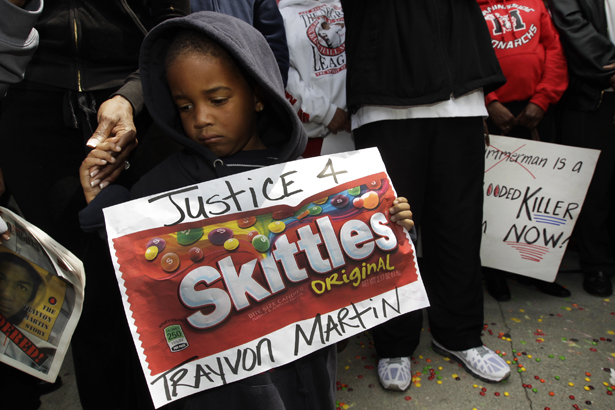 On that fateful evening, Trayvon Martin goes to the store to buy an iced tea, and a pack of Skittles.  On his way home, 28-year-old George Zimmerman spots him, and suspects Martin of being up to no good, quite likely based on not much more than his skin color.  He calls the police, who tell him that he does not have to follow young Trayvon Martin.  Zimmerman, obviously feeling like supercop that night, ignores what certified police personnel tell him, and follows the 17-year-old.  Trayvon stops and confronts his stalker, and eventually an altercation ensues.  George Zimmerman, very likely after losing the fight against the teenager, shoots Martin dead.

Over a month later, the local authorities have yet to arrest Zimmerman.  The facts are that Zimmerman was a neighborhood watch man, who used to keep a closer eye on black men, whose father was a magistrate judge in the area, who has a history of arrests, some for violent behavior.  The very fact that he has not yet been arrested is wrong on multiple levels.  Any man who instigates an altercation by following someone, then shoots them in cold blood should be subject to arrest.  However, after committing murder, apparently a hate crime, Zimmerman gets away with it.  His father being such a prominent figure in the legal system in the area has a great deal to do with it.  However, we have to examine the underlying racial injustice being shown against people of color in this country.  A man of caucasian descent can freely take the life of an unarmed black man without incarceration.  That is the message sent to millions of black people all over the country. 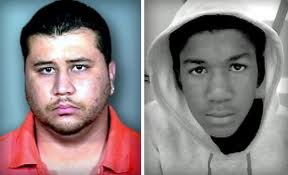